Heathrow is the best option for expansion

The Government has announced that Heathrow should be expanded.

Only Heathrow is bursting at the seams, other airports in the south east, like Gatwick and Stansted have free space for more flights. Despite Heathrow being full, it is only responsible for 23% of total UK flights, but it is also responsible for 78% of the UK’s long haul flights. This is because of Heathrow’s unique role as a hub airport in providing a vast array of routes that point-to-point airports (like Gatwick) simply can’t provide.

Expanding Heathrow would mean that airlines keep their businesses in the UK rather than moving them to another European hub airport, therefore keeping a huge number of jobs in Britain.

If Gatwick is expanded instead of Heathrow, it will not be able to provide the long haul connections that the UK needs to support its businesses, these routes will simply go other hub airports abroad. Heathrow has been full (and losing routes to foreign hubs) for more than 10 years. Meanwhile, Gatwick has not added direct routes to emerging economies in that time.

More than 200 of the top 300 companies in the UK have headquarters within 25 miles of Heathrow. The area is home to some of the world’s most highly productive business clusters, and has 60% more international businesses than the national average. They are there for a reason but companies need certainty and the knowledge that they have based themselves next to a successful hub airport with room to grow. In turn, the local supply chain relies on these clusters staying in the local area – and thriving. 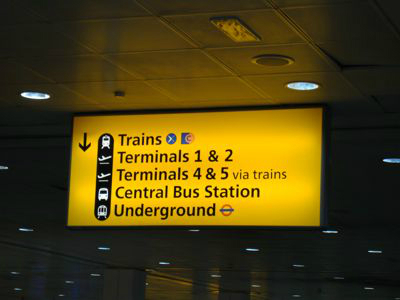 Expanding Heathrow is also the cheapest way to build a hub airport in the UK. The estimated cost of adding capacity at Heathrow is £14-18bn. Compare this with building a new airport at the Thames Estuary which would cost £70-80bn (of which £25bn would require taxpayer subsidy). And this does not even include the required huge investment in rail infrastructure to connect a new airport to central London.

Heathrow has four million more people within 60 minutes travel time than any of the other hub airport options. Moving the hub airport to the east of London, as the Mayor of London has proposed, would increase travel times for 90% of passengers, causing major hassle for large numbers of people. Expanding Heathrow would mean UK passengers will continue to have short travel times to reach the UK’s hub airport.