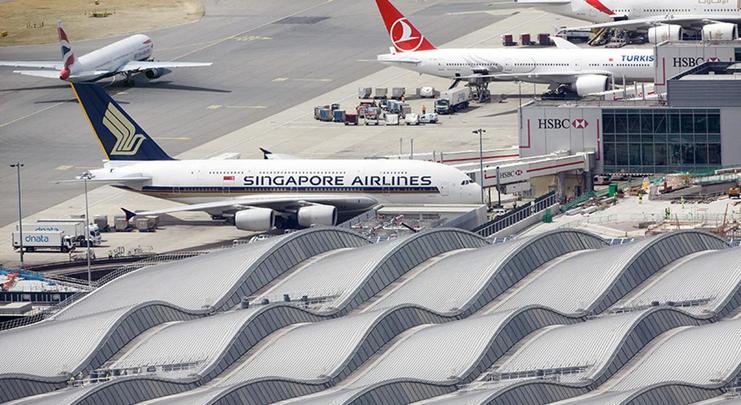 A slogan frequently quoted by those who oppose Heathrow’s growth is that they want a ‘better not bigger' airport. Since expansion was taken off the table in 2010, some have sought to use the idea that Heathrow could still compete with other hub airports around the world if it simply became ‘better’ at what it does.

Despite overlooking the fact that Heathrow is bursting at the seams, this idea is one that the airport has taken to heart, and it has set about improving its procedures and its operations to ensure that they are as efficient as possible to make the most of the squeezed runways.

The airport has seen record investment, showcased in the new Terminal 2 that was opened by the Queen earlier this year, creating jobs from construction to operation and ensuring that travellers coming to this country have the welcome we would want them to receive.

This week, Heathrow released its traffic figures showing an increase in the number of people using the airport, and just as important, an increase in the amount of freight that passed through Heathrow. Most telling was where the cargo is heading.

In September freight to Mexico was up 57.2%, 52.2% to Nigeria, 37.1% to Russia, 25.6% to China and 20.8% to India. These are the emerging economies, the markets that the UK needs to unlock to ensure that British goods are traded alongside those from other nations. In previous blog posts we have argued that freight is just as important to the UK as passenger traffic with around a quarter of UK exports by value now being sent through Heathrow, an astonishing 86% of all UK air freight.

These increases in passenger traffic and freight are very welcome, but they could only be achieved by using larger aircraft, with more seats and hold space, not by increasing the number of flights. This means that without expansion, the gains made by bigger aircraft will tail off. Any business leader will tell you that a business that is not growing is stagnating and that jobs will have to be cut to keep the business viable. This is not scaremongering, it’s how business works.

What these numbers also show is that a new runway at Gatwick simply does not solve the UK’s capacity problem. With Heathrow full to capacity, airlines could have taken their business elsewhere. They could have left Heathrow’s busy runways in favour of Stansted or Gatwick, both of which have room to grow. Instead the airlines at Heathrow have chosen to use bigger aircraft to maximise their routes and capitalise on the huge numbers of passengers that want to fly from the UK’s only hub airport.

It is only Heathrow, which brings together passengers from London, UK regions and other parts of Europe to fill the planes, making long haul routes to emerging economies possible. Gatwick’s low cost carriers rarely take freight with them to their holiday destinations.

Without additional capacity at the UK’s only hub airport, Heathrow, flights and airlines will not use the spare capacity at other airports, they will simply go abroad, taking British jobs and business with them.

The Prime Minister has said, that he intends to double the amount of exports that the UK sends to China, but the question is, how can this be done without expanding the gateway responsible for sending a quarter of UK exports overseas? Surely the Prime Minister knows that the UK trades 20 times more with countries that we have a direct air link with, compared to those that we do not.

Heathrow has made great strides in improving the airport under the intense capacity constraints, even Boris Johnson told the BBC: “[at Heathrow] They do a wonderful job in many ways”.

The final word should go to ex-concorde pilot Captain Jock Lowe, “Sometimes people tell me Heathrow should be better not bigger, but when I ask them what they mean, they have no idea. We’ve been making Heathrow better for 30 or 40 years- now it needs to be bigger”.