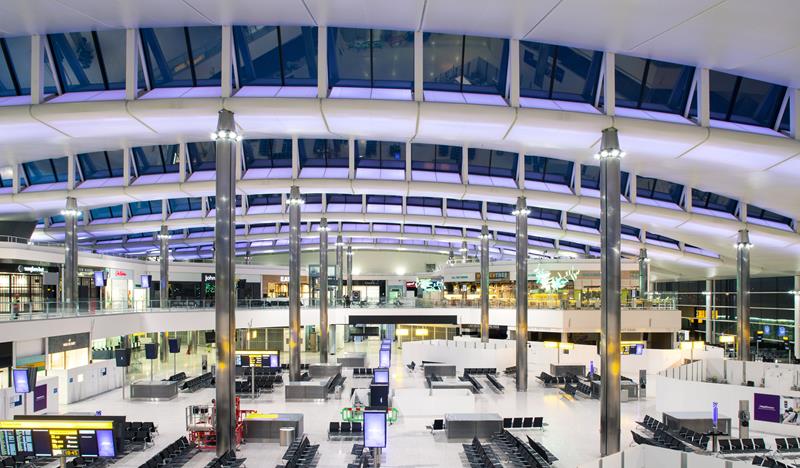 On Wednesday 4 June, United Airlines flight 958 from Chicago will land at Heathrow at 05:55, much like it does every day. However on 4 June, this will be the first flight to arrive at Heathrow’s brand new Terminal 2 as it opens to the public for the first time. The new terminal will bring a much better experience to thousands of passengers travelling through the airport. The Terminal will also be the UK’s ‘front door’ for travellers from across Europe and the world; and it is sure to offer a welcome to be proud of.

Building impressive infrastructure doesn’t come cheap: the new terminal represents a £2.5 billion privately funded investment into the airport, replacing the dated and cramped buildings with a new spacious and light terminal. Terminal 2 should join Terminal 5 in securing Heathrow’s position as one of the world’s favourite airports for many years to come. To give you some idea of the scale of the investment, for a time Terminal 2 was the largest building site in Europe, employing thousands of workers and many more in the UK supply chain. This investment shows the commitment that the airport has to its long term future at the heart of our community.

Last week Boris Johnson unveiled his plans to close Heathrow down by building a new airport in the Thames Estuary. His plans require the construction of an entirely new airport, complete with the terminals, runways and transport links that Heathrow already has. Why on earth would we put Heathrow jobs and future growth at risk?

Opponents to Heathrow’s continued growth say that the airport should be ‘better not bigger’. Investment in projects to make the airport more efficient, like Terminal 2, shows that Heathrow is getting much better. But while T2 will provide a great experience for passengers, it can’t sort out the blockage in the UK’s economy: choking off the number of routes to emerging economies from the airport. That problem can only be solved through additional hub airport capacity and extra runway space.

We think a bigger Heathrow would be a better Heathrow, helping to get the economy moving and securing the airport’s place in the world against its competitors in Europe and the Middle East. When looking around the bright and airy new terminal, it will be difficult for passengers or politicians to argue that this shining example of British engineering should be torn down in favour of a new hub airport elsewhere.

At the end of next month, Her Majesty the Queen will be at the airport to officially open the new Terminal, just as she did with the old Terminal 2 (the Europa Building) back in 1955. Let’s hope that in 60 years’ time we can say that we made the right decision to Back Heathrow.

You can see more about Terminal 2 on Heathrow Airport's website.

On Thursday 29 May the BBC’s Question Time is being filmed at Terminal 2, to show off the new terminal before it opens to the public. Tune in to BBC One at 10:35pm (after the news) to see the brand terminal in action.