Decision time... why the Prime Minister commits a U-turn if Heathrow is not given the green light 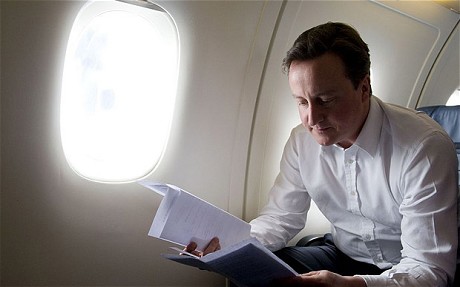 You might be forgiven for thinking that following the strong Heathrow recommendation by the Government-backed Airports Commission the future of the UK's only hub airport has been resolved but that is not yet the case.

Following the report, the Prime Minister announced that the Government would provide a response by the end of the year, something that we keenly anticipate. In the meantime, this has not stopped a great deal of debate in the media and at political events during the past few weeks.

At the Conservative Party conference, the Chancellor of the Exchequer George Osborne dropped his biggest hint yet that Heathrow should get the nod to expand. On the eve of the conference, he announced that he was setting up the Infrastructure Commission headed by former Transport Secretary Lord Adonis. Several commentators noted that Lord Adonis is a high profile supporter of expansion at Heathrow, whilst the Chancellor told conference:

“We turned our country around, and together we’ve made sure, Britain is working again. Now we must build on those foundations….Build the new roads, and railways, and runways.”

This is a welcome boost for our campaign and a reminder that the Government is well aware of the urgency and importance of pressing ahead with a decision. Whilst the Chancellor made clear that he wants to get going on important infrastructure projects like Heathrow, the Prime Minister has had more than 50,000 reminders of how important this runway is to local people.

Last month, a group of Back Heathrow supporters paid the Prime Minister a visit at 10 Downing Street to deliver some of the 50,000 postcards that have been sent by our supporters urging him to back a new runway. With this and the unanimous backing of the Airports Commission, UK businesses and most local residents, the Prime Minister now has everything he needs to say YES to a bigger and better Heathrow.

But what of Heathrow's opponents? Those opposed to expansion have also been busy, setting up a ‘Coalition Against Heathrow Expansion’ made up of just eight MPs (out of 73 in London and 650 nationally). They have sent out 1.6 million leaflets to households across London. These leaflets claim to show areas that “could be impacted” by expansion before admitting in small print that the maps shown are not indicative of final flight paths, and have been delivered as far away as Tower Hamlets in east London.

The leaflets also encouraged residents to attend what was billed as “the biggest rally ever” in central London on 10 October. This rally was designed to show off the ‘huge’ support against Heathrow expansion, and it had certainly been built up as a major display of force.

Zac Goldsmith MP for Richmond Park had previously spoken of a ‘one-million-strong’ army of Heathrow opponents, and a campaign “the likes of which has never been seen before”. Meanwhile, Windsor MP Adam Afriyie promised that 15,000 people would rally against expansion from his town alone. But come the day, just a few hundred people turned out to protest in Parliament Square.

This protest followed a similar anti-expansion event in March, which was again billed as ‘the biggest rally of the year’, but gathered only around 300 people, despite expectations to fill the 600-seat venue.

This is not to detract from the valid concerns those protesting may have, but it raises serious questions about whether the level of opposition to Heathrow expansion has been exaggerated for so long, it has become part of the media narrative.

Make no mistake, for a small number of people, the effects of Heathrow expansion will be significant, and their concerns must be listened to, and properly addressed. The airport has an absolute duty to treat those worse affected with the greatest of care and fairness. Heathrow also has a responsibility to continue to reduce noise and pollution if it wins the expansion argument.

It will soon be time for David Cameron and his Government to make a decision on Heathrow expansion. People on all sides of the debate now require certainty so they can plan for the future.The Prime Minister will see that 82% of the 70,000 responses to the Airports Commission public consultation were in favour of Heathrow expansion, and he will know that there is wide cross-party support in Parliament for Heathrow to grow.  There will never be a better time to give a green light for Heathrow expansion. Given that the Prime Minister set up the Airports Commission it will be an extraordinary U-turn for Mr Cameron to then ignore its recommendation.