Widespread support must convince the Government to back Heathrow 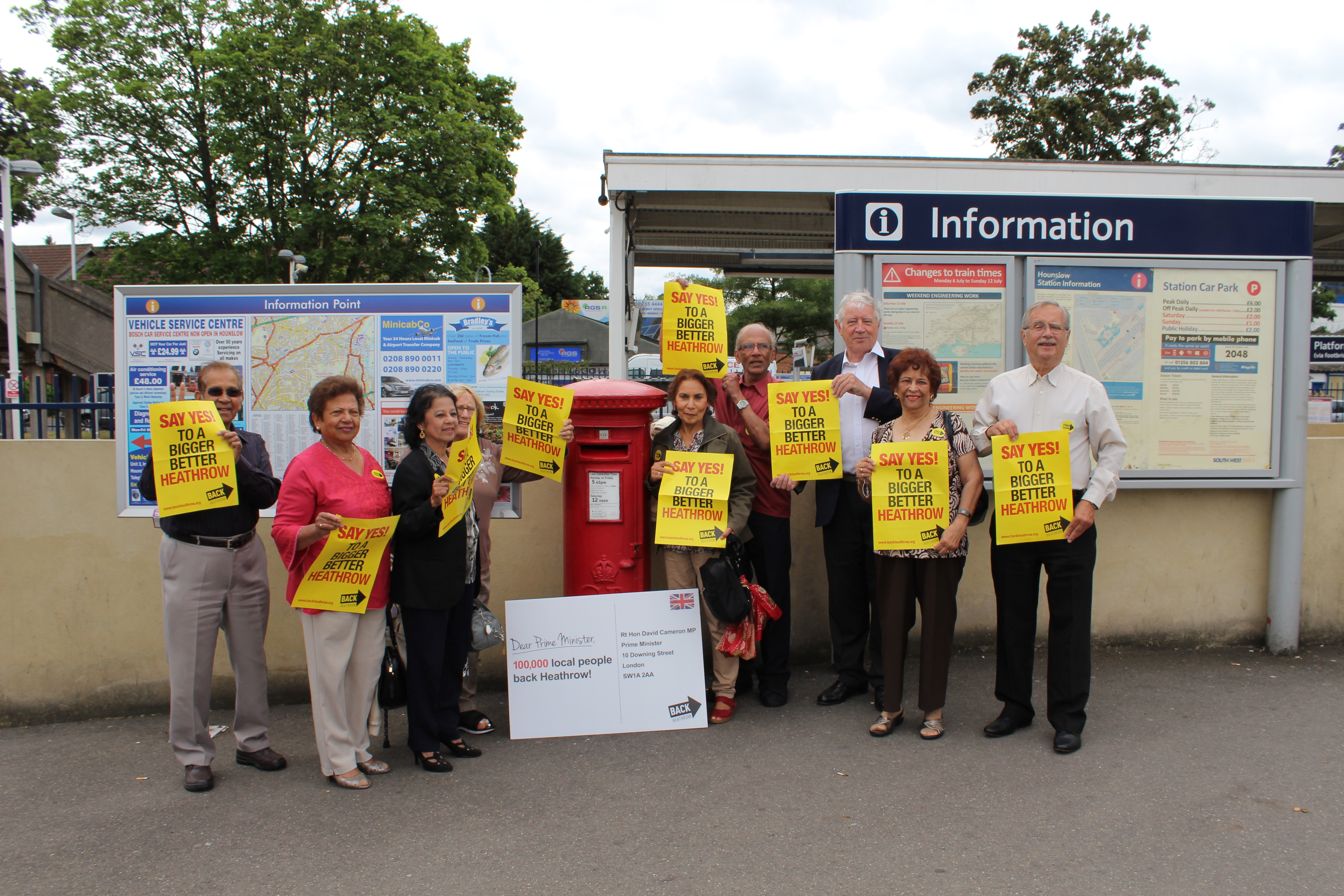 As you will have seen, the Government backed Airports Commission has announced that they have chosen Heathrow as the location for extra airport capacity in the south east of England.

Officially, it will mean a new full length runway to the north west of the existing northern runway, but in practice it will mean much more than that for our community, our region and the whole of the UK.

According to the Airports Commission, this will mean a huge difference to our local economy, with thousands of new jobs and apprenticeships. Nationally, it could mean up to 77,000 new jobs and £147bn of economic benefits to the whole of the United Kingdom. Heathrow’s unique role as a hub airport will connect cities and airports across the British Isles to the emerging markets of the world.

This has only been possible with the huge backing that we have enjoyed from our supporters. In just two years, Back Heathrow has grown to now having more than 100,000 supporters. Our supporters come from right across our local area, and from all walks of life and it is this diversity that has made our campaign so vibrant and, to date, successful.

Those opposed to expansion often accuse Back Heathrow of being a group that ‘only’ represents airport workers, and it is true that some of our supporters do work at Heathrow - good for them! Yet many do not work at the airport and live in the local community, seeing the positive impact that Heathrow has on their local area.

It’s not just residents who have supported our calls for a bigger and better Heathrow. Good numbers of local businesses across west London and the Thames Valley have given their support, engaged their staff and decorated their vehicles for Back Heathrow. One of our first supporters was the owner of a post office. When asked why he supported expansion, his answer was simple: he replied that the majority of his customers worked at the airport. He knew that if his business was to grow and prosper, the airport has to grow and prosper as well.

Last Tuesday, residents and businesses joined forces with the UK’s largest trade union, Unite for a reception at Parliament. The reception brought together local business folk with airport workers and residents alongside trade union activists and representatives to call for expansion at Heathrow and the enormous benefits it would bring.

Slough’s MP, Fiona MacTaggart gave a rousing speech, rightly calling Heathrow the ‘engine of not just Slough and the Thames Valley, but the whole of the UK’. She was followed by Diana Holland, the Assistant General Secretary of Unite, who noted that expansion had been voted through by Unite’s general committee. This was not just about workers at one airport... Unite’s members from across the UK had agreed expanding Heathrow is the right way forward.

Following the publication of his report, Sir Howard Davies wryly observed that if you have The Sun and The Financial Times on your side, you’ve probably done the right thing. But support for Heathrow expansion goes further.

Far from the old, lazy narrative of Heathrow’s opponents saying it is ‘residents vs big business’ there is now a wide-ranging coalition of support for the UK's hub airport, from residents to small businesses, community groups, trades unions, international airlines and FTSE 100 companies calling for an additional runway and the benefits it would bring.

However, it is the breadth of our local support that has marked out this campaign. In the recent Airport’s Commission public consultation, 82% of respondents backed Heathrow expansion. No fewer than 53,000 of the 70,000 responses were from our supporters, and the accompanying map (on page 21) shows the areas of west London and the Thames Valley who submitted.

Despite this ringing endorsement for Heathrow, it will still require support at the highest level of Government to ensure that expansion goes ahead. We will be working with our supporters to ensure that their voice is heard and their views are put to the top of the agenda.

If you support a better and bigger Heathrow, let the Prime Minister know. Simply fill in this super-quick online form with your name, address and postcode to ask David Cameron to implement the Airports Commission's recommendation for Heathrow.

There is a significant cross-party support for Heathrow expansion, but the Prime Minister set up the Airports Commission – surely now he must back its findings.