Westminster returns - what next for Heathrow expansion? 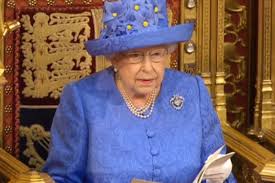 The Queen opened Parliament this week in a low-key ceremony which was dominated by Brexit.

As MPs gathered in Westminster for the first time since the general election, the Queen announced that her Government would spend the next two years focused on eight bills to help the UK navigate our exit from the EU.

At a time of political and economic uncertainty, the jobs and growth that Heathrow expansion will create will become more important than ever.

There was no specific mention of Heathrow in the Queen’s Speech. That is unsurprising because the Speech sets out the Government’s forthcoming legislation and there is no need for Primary legislation for Heathrow expansion to progress. Heathrow featured in the 2015 Speech, and it would be strange to see it mentioned every year now that we are in a process.

Having said that, in the months ahead politicians will have a unique opportunity to create 180,000 jobs nationally, and the chance to eradicate youth unemployment locally through a vote in Parliament to allow the third runway to move to the full planning stage.

There is nothing to suggest that the Government is wavering in its support for Heathrow expansion. In fact, by proposing a deal with the DUP, which overwhelmingly supports Heathrow expansion, and by appointing Jesse Norman as Transport Minister, who has previously written in support of a new Heathrow runway, the signs suggest that it’s full steam ahead.

But we should not be complacent. We can’t afford to let Government or opposition politicians backslide on expansion, which is why we will continue to work hard to ensure that they understand the huge local support for a new Heathrow runway. It is time to get on and build it.

The next steps in Westminster are for a committee to analyse and scrutinise the Government’s draft NPS on expansion.

Whilst the committee will doubtless already be aware of the jobs, apprenticeships, investment and opportunities that will come to the local area and the whole country from expansion, members will also want to know about Heathrow’s commitment to sustainability.

One example is the airport launching the Fly Quiet and Clean League Table which will name and shame the loudest and dirtiest airlines flying into Heathrow. This list will be published every three months to promote more efficient planes at the airport.

This is just one example of many measures that Heathrow will take up to honour commitments to sustainability. We at Back Heathrow will work with our supporters to hold the airport to account.

We want a bigger, better, cleaner and quieter airport. We will also remind politicians, from all sides, of the value of 77,000 new local jobs, 180,000 jobs across the country and the eradication of youth unemployment from the local area.

That’s the kind of certainty our country needs.