WATCH: Back Heathrow and the film competition 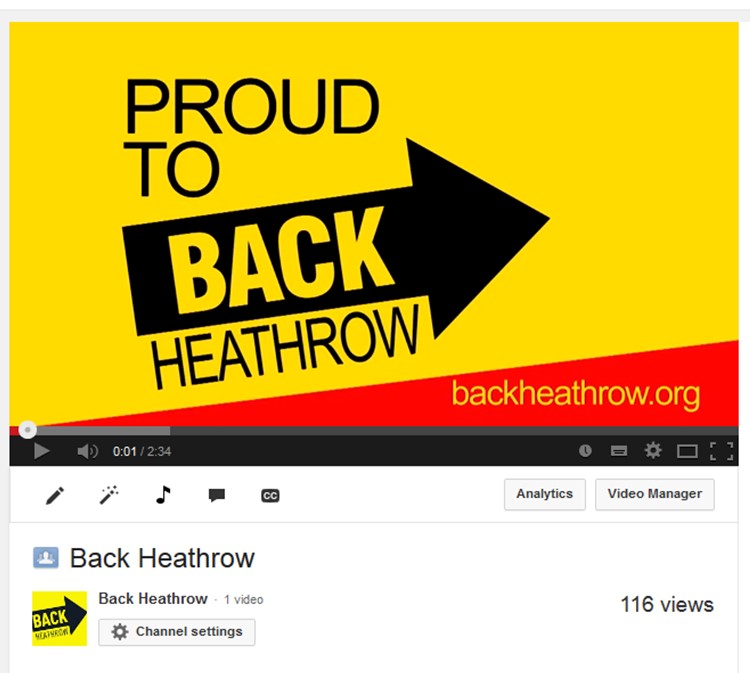 Lights, camera… action! This week we released a new film starring some of the 30,000+ local people who have signed up to our campaign to protect Heathrow jobs and to secure a bright future for local communities in west London and the wider region.

The release of our Back Heathrow film coincided with an anti-Heathrow film competition organised by Zac Goldsmith MP who hosted a rather lavish and self-indulgent awards ceremony at Richmond Theatre last night. The aim was to encourage budding film makers with a huge cash prize to attack the airport and by definition criticise those who want to see Heathrow grow and succeed.

Mr Goldsmith called in a few favours from celebrity friends. So, Hugh Grant turned up on a judging panel alongside Rachel Johnson, airport-closer Boris Johnson’s sister and TV presenter Holly Willoughby. By joining the judging panel to lambast Heathrow, Ms Willoughby must have forgotten her recent advert for the Skyscanner app which promotes, er, cheap flights.

Whilst almost every celebrity known to man or beast has flown through Heathrow at regular intervals, our campaign is all about the support of thousands of local people who are proud of Heathrow. Some of them may have helped Zac Goldsmith’s judging panel to complete their onward journeys, who knows?

Our film is about people like Matt Goggins from National Express who explains that Heathrow is one of his company’s most important destinations, providing transport routes on the ground to connect with routes in the air. It also includes people like Sally Rose, a young apprentice starting out on her career learning the skills in engineering to keep the airport moving. Even at last night’s anti-Heathrow film ceremony, Hugh Grant said he would have liked to have seen more about airport jobs!

Unlike the slick Heathrow-bashing films on show at Richmond theatre, our film is rather more home-spun. Our film stars each have very different backgrounds but one thing that unites them is that they have come together to support Heathrow. No-one was paid. There are no actors and no scripts in this blockbuster. Instead, we featured genuine residents, telling their stories in their own words.

For the thousands of people who call Heathrow their workplace, they know that they’re not just working for an airline, a cargo-handling agent or for a taxi firm, they’re working for community and country. Where ever we live in the UK, we all rely on Heathrow in some way.  Whether it’s helping passengers on their way to visit friends and family or moving goods from manufacturers to customers, the people who make this happen tell us they’re proud to play their part.

Many people have got in touch with the campaign to let us know how incredibly proud they are of the airport and what is has achieved for their local community. In just a few months more than 30,000 local residents in boroughs surrounding the airport have now backed our campaign. The number rises every day.

You can watch our film here: https://www.youtube.com/watch?v=NkHIYWJwTGs. We think it will help rebalance the debate between the negative ‘No’ campaign against Heathrow that a well-connected minority are pushing and our message of a positive future for our local economy and communities – and the UK!

If you know people who haven’t yet signed up to the campaign, why not copy and paste the link into an email to them. Alternatively, you could post it to Facebook or Twitter, allowing other people to see too.

That’s a wrap. But there’s talk of a sequel.