Time is running out to save airport communities

The aviation industry is in deep crisis and time is running out for the government to act. Failure to act will have long-term implications for airport communities across the country. That is why GMB London and the Back Heathrow campaign have come together to make the case for urgent action to protect jobs, businesses and the communities we represent. 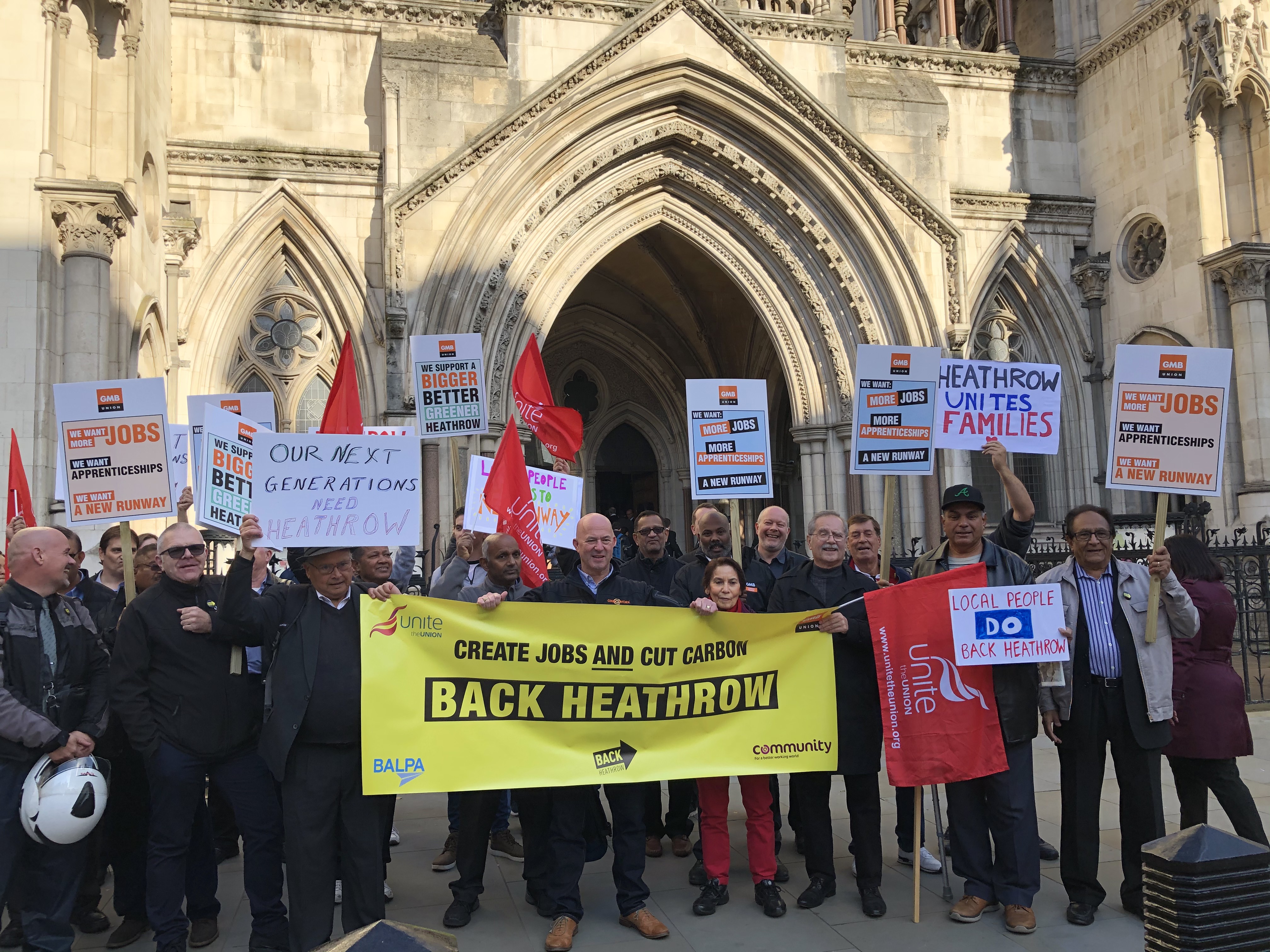 Campaigners outside the Crown Court in 2019

As Covid-19 has swept across the world, those at the heart of ensuring global connectivity have been hardest hit. Heathrow, the UK’s only hub-airport, was operating at 98% capacity before the virus struck. Millions of people were passing through every month, but by August 2020 passenger traffic had fallen by over 80% compared to the same month last year.

It is a dire situation for airports, airlines and the wider supply chain with businesses employing hundreds of thousands of people either collapsing or on the brink. A huge hole has been blasted in our national economy, leaving the country woefully underprepared for life in a post-Brexit world. It is clear - this is a national emergency for aviation that requires significant, urgent action.

However, instead of taking measures to ensure Britain can protect jobs and trade, the government has passively watched from the side-lines as thousands of skilled, unionised jobs have been lost. We believe there is a real danger that many sizeable airport towns and cities will lose businesses and jobs that may never return, leaving ghost towns where once we saw thriving, diverse communities.

The government can, and must act decisively to prevent this by:

It is time for the government to get serious about our airports, our aviation industry and its vast supply chain. GMB London and Back Heathrow want action to protect jobs, action to help businesses to trade and action to ensure the fabric of life in so many airport towns remains intact. There is no more time to lose.

This article was co-authored by the GMB union and Back Heathrow.