Testing for Covid-19 at airports is not a new idea. Many countries introduced testing as early as March 2020. We’re still grappling with the idea in the UK, and its August.

Every passenger arriving at Hong Kong Airport is being tested for Coivid-19. The tests are done at a temporary testing facility near the airport and results are available within eight hours. Passengers wait until the results are known and, when they receive a negative, they are allowed to enter the country.

A variation of this process has been adopted in Singapore, Japan and Dubai. At Vienna’s airport tests are offered to passengers pre-departure. If they receive a clean bill of health they will avoid quarantine at the destination. 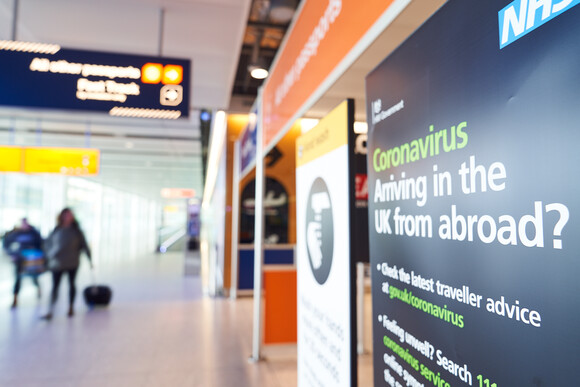 In Greece, the authorities conduct testing on a sample of passengers selected automatically by an electronic system. Last week Germany started using this system too.

If you are one of the 7 million Brits that like to spend part of your Summer in Spain, you may have been watching the news with a sense of trepidation since the government’s overnight decision to reintroduce quarantine restrictions a week ago. Luxemburg has been taken off the list of exempt countries too. Portugal has never made it to the list of countries exempt from quarantine, despite having a lower infection rate than some of those that have.

Whilst so many other countries have made progress on testing, British holiday makers have been left frustrated and travel agencies left on the brink of bankruptcy. So its small wonder that Heathrow’s Chief Executive (John Holland-Kaye) felt the need to intervene last week. He called for testing on-arrival at Heathrow airport with a follow up test a few days later – an idea the airport has been working on. He believes Heathrow can have the tests up and running in a fortnight if the government gives the go ahead. That would mean holidaymakers who have just set off for Spain could be checked for £150 when they arrive home.

Allowing the passengers the option to take the test and reduce time spent in isolation we will open the UK to tourism at peak time. If our counterparts in Europe and Asia can do it, surely we can we too.