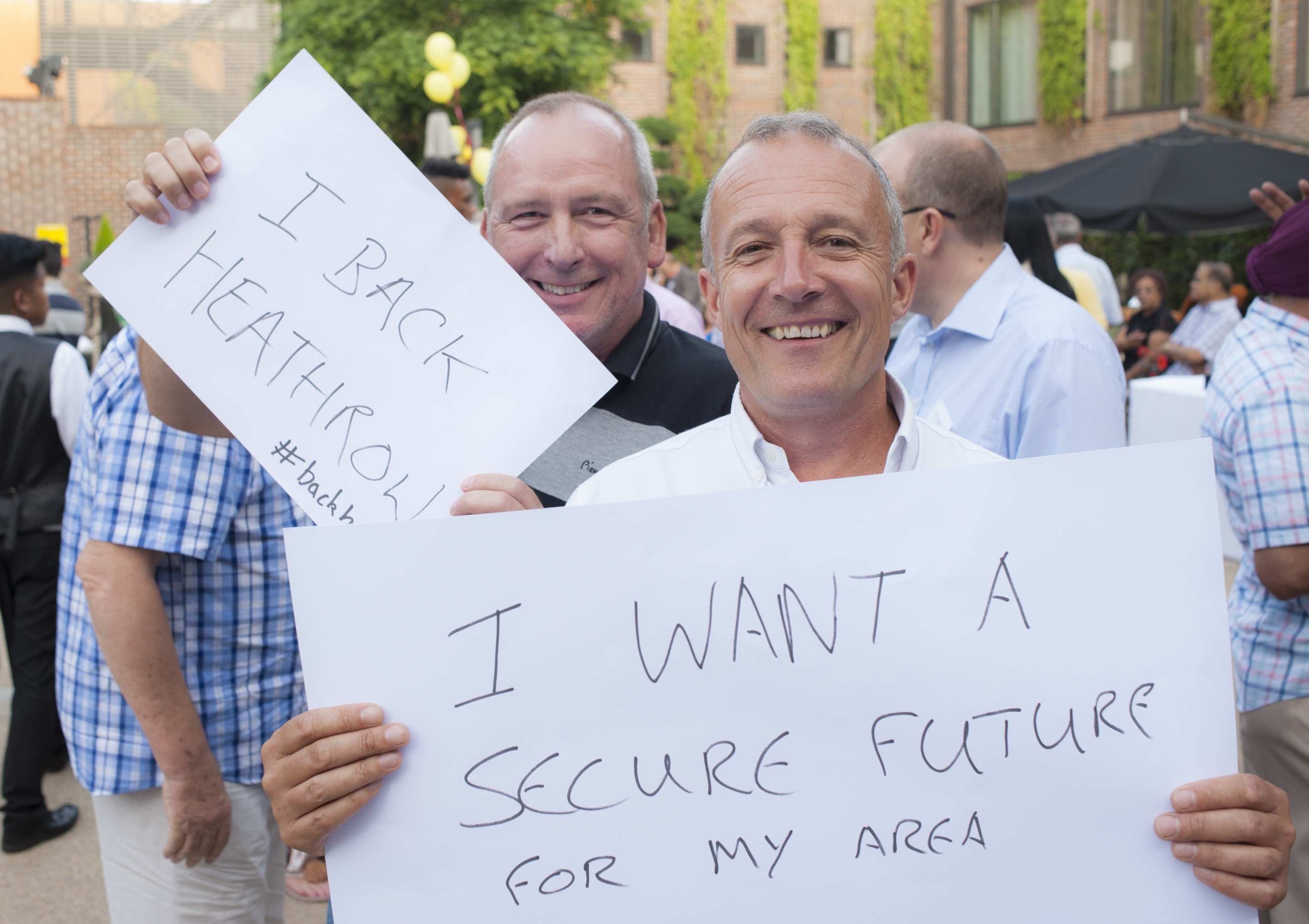 The past few months have seen support flooding in for Back Heathrow with thousands of residents signing up to our campaign for a bigger, better and quieter airport.

In some cases local people have been ahead of their elected representatives in acknowledging majority support for Heathrow expansion. But if anyone was in any doubt then a new independent poll from Populus has confirmed this in spectacular style.

The top opinion pollster interviewed more than 10,000 people living in the 10 parliamentary constituencies closest to Heathrow, making sure their sample accurately reflected the make-up of the local population, and asked them for their views on the UK’s hub airport. It is a massive poll by any standards and should provide a wake-up call to any politician who still believes the myth that most residents do not want their airport to grow.

Across these local communities, 50% of residents expressed support for Heathrow expansion compared to 33% opposed. The rest remained neutral. No less than 57% felt positive towards the airport set against just 7% who felt negatively towards the airport. Slough showed the most support for Heathrow’s expansion with 63% of local people surveyed giving the thumbs-up for growth.

Twickenham was the only constituency that showed a majority against. The core of opposition has always been in Richmond, London’s wealthiest borough, comprising both Twickenham and Richmond Park constituencies. However, even here it is a complicated picture because whilst there is no doubt aircraft noise can be an issue, Richmond residents are right up there as some of Heathrow’s most frequent flyers. In 2013, 786,920 passengers began their journey from the borough.

The majority of people in west London, Thames Valley and beyond support the expansion of the UK’s hub airport. Even the leading opponents of Heathrow expansion have acknowledged this fact. Nevertheless, it is important that we tell decision-makers about the levels of support for Heathrow.

As you may know, the Airports Commission is running a public consultation on Heathrow expansion but it finishes next week on Tuesday 3February. It is really important that you let the Commission know your views on expansion. You can send your views directly to the Commission through our super-quick online form.

If you have already done this – thank you!

We’ll have more news on the campaign for you soon.