No one questions the scale of opposition to Heathrow….but they should 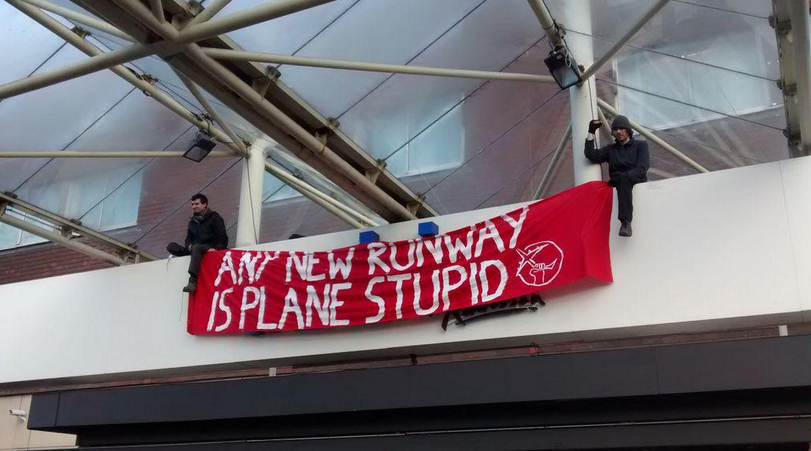 On Tuesday, opponents of Heathrow expansion held what was billed as “the biggest rally of the year” at 664-seat Church House in central London. The event had been advertised extensively, with the first publicity appearing last year, followed up with social media and thousands of pounds worth of full-page adverts in local newspapers.

The rally organisers, HACAN, promised a major event that would be an opportunity to ‘show Westminster your opposition’ but unfortunately the number of attendees failed to match expectation, with the venue remaining around half full.

We are well aware that there is opposition to the expansion of Heathrow, and indeed any infrastructure project. Look around the country, whether it’s Heathrow, Gatwick, new railway lines or housing, any major infrastructure project has its opposition groups. Yet even the organisers of Tuesday’s rally have previously admitted that the majority of people in west London support Heathrow expansion.

Far from being the biggest rally of the year, this event is the latest in a long line of unfortunate attempts by Heathrow’s opponents to overstate their support. Last month, HACAN was left red-faced after they claimed that Twickenham MP Vince Cable was speaking at this week’s rally on behalf of the Government. Local business leaders were angry that Vince Cable had been billed as speaking as ‘Secretary of State for Business’, appearing to be in breach of official rules. When challenged, organisers of the event claimed that this billing was an ‘error’.

But it wasn’t an ‘error’ because they were warned several weeks prior to the event that this information was misleading, but they chose to go ahead anyway and promote Dr Cable’s appearance as ‘Secretary of State’ in their advertising blitz.

This followed misleading claims that Heathrow Airport had received more than 90,000 individual noise complaints. It was revealed that more than half of them were from just 50 people, with around 30,000 of those complaints being sent using automatic software. The numbers had been artificially inflated by those who are trying to claim that the opposition to expansion is greater than it really is.

Anti-Heathrow protestors have also been pushing anyone opposed to expansion to sign a petition on the Hounslow Council website. The petition has been advertised widely, including an expensive letter drop to houses across the London Borough of Hounslow, whilst national anti-aviation groups have been urging people to sign online, no matter where they live. So far it has fewer than 850 signatures despite running for more than six months.

Although the petition was aimed at Hounslow residents, a quick scan down the list of signatories reveals that many names are from people living nowhere near Hounslow, including residents in Lambeth, Windsor and Richmond. The petition even allows you to sign if you’re not resident in the UK! How’s that for local?

This week the Airports Commission said that during the consultation they received 68,000 responses, and whilst we don’t yet know exactly how many Back Heathrow supporters responded, we know that many of our supporters have been in touch to say that did. When the Commission publishes its final report, it will also publish the responses it received and it will be fascinating to see how these break down.

Those opposed to expansion will register their opposition, and they have every right to do so. It is important that those who may lose out have their views heard, and more importantly, are treated fairly and adequately compensated if plans get the go ahead. Unlike some who oppose expansion, we do not try to gag those who hold a different view.

However, there has been a clear and consistent pattern of deliberately overstating the amount of opposition to expansion, whether through electronic fakery, or struggling to half-fill venues. This now raises some serious questions about the level of opposition to Heathrow expansion. No one has challenged the wild numbers bandied about by the anti-Heathrow campaign....until now.