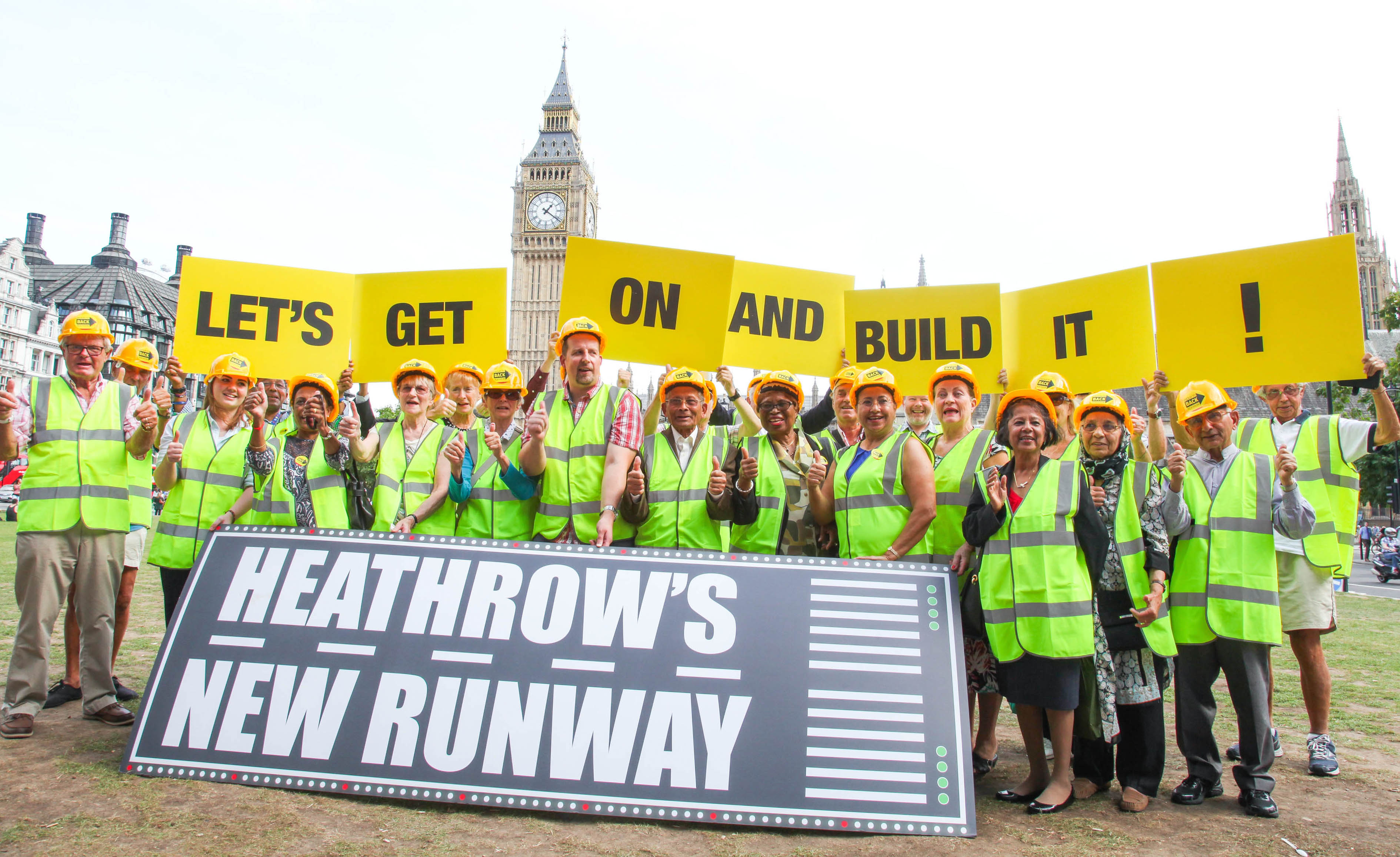 If you were sauntering along Whitehall yesterday, you might have encountered a quirky group of builders carrying a model of an airport runway. If you took a second look you would have noticed that they were all Back Heathrow supporters on their way to Downing Street.

The day started with local residents gathering in Parliament Square for a colourful photograph dressed in hard hats and hi-viz jackets (as you can see from the above photo) to demonstrate their enthusiasm for Heathrow’s new runway.

The group, which included a number of teenagers, mums and pensioners, as well as Lord Soley, former Hammersmith MP, travelled from communities surrounding Heathrow. They then marched from Parliament Square to No.10 Downing Street to deliver more than 30,000 letters from local residents to Prime Minister May, urging her to back the airport’s expansion. 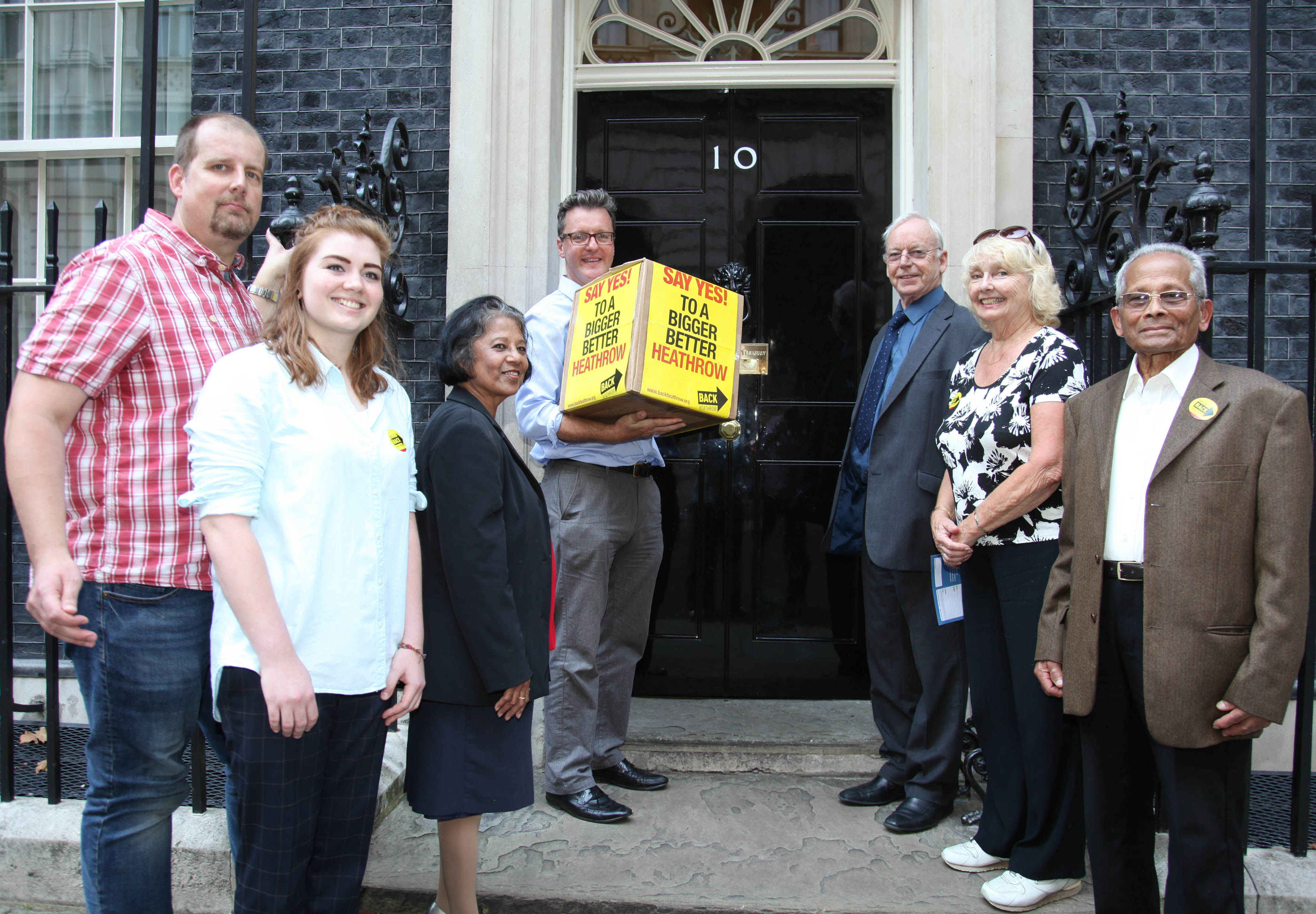 Heathrow is all about people with 114,000 people working at the UK’s largest single-site employer, 250,000 people in the local area relying on the airport economy and 73 million passengers travelling through each year.

Communities near the airport will benefit through new opportunities and investment from a new runway at Heathrow so it’s not surprising that Heathrow expansion enjoys enormous support in the local area. When Populus conducted a poll of more than 10,000 residents last month, they found that 51% of residents living in the twelve parliamentary constituencies nearest to Heathrow supported expansion whilst only 35% opposed.

An extra runway at Heathrow will create 77,000 new jobs in the local region, including 10,000 apprenticeships from the boroughs neighbouring the airport which would help eradicate local youth unemployment. In total, 180,000 jobs will be created across the UK and the benefits to the country are predicted to be worth £211 billion.

As well as enjoying local support, Heathrow expansion is also backed by business groups, trade unions and the majority of MPs in Parliament. This makes a new runway not only politically deliverable, but also politically desirable.

This week a new survey from Comres revealed that 67% of MPs support a new runway at Heathrow. The Prime Minister knows that she can count on the support of Parliament if she gave Heathrow expansion the green light.

Following the vote to leave the European Union, the UK must capitalise on new trading and connectivity opportunities. If Theresa May is serious about making our country ‘a global leader in free trade’ then approving a new runway at the UK’s biggest port would show the world that we are serious about seizing the opportunities to make this happen.

A new runway at Heathrow will be of enormous benefit to the whole country as we make our way in a post-Brexit world. But it will also particularly help the communities near Heathrow who will benefit from more jobs, extra investment and new opportunities for the local area.

It’s time to back Heathrow – for the national interest and for local residents.