Local residents give their verdict on Heathrow and the lockdown

An online poll conducted by the Back Heathrow community group shows:

Asked about government plans to quarantine all airport arrivals for 14 days and the impact on jobs in the tourism and travel industries, nearly a half of all respondents (47%) thought it was wrong, 29% thought it was right, whilst 24% were unsure.

Nine out of ten residents also wanted the Government to establish a UK-wide and common international standard for temperature checks and contactless security measures.

Turning to the economic future of the UK and west London in particular, eight out ten thought the government should invest in Heathrow Airport to help boost the UK – now in the deepest recession since the 1930s.

Concern about employment came through strongly, with nine out of ten concerned about the low number of planes using the airport and the announcements by British Airways, Virgin Atlantic and other airlines on job losses and reduced operations.

This was mirrored with the question on Government help to the airport and airlines, with another massive eight out of ten saying the government should intervene to help the aviation industry before it was too late.

But perhaps the most interesting question was whether residents had noticed any difference to noise, pollution and traffic since lockdown, with traffic heading the poll over noise and pollution. 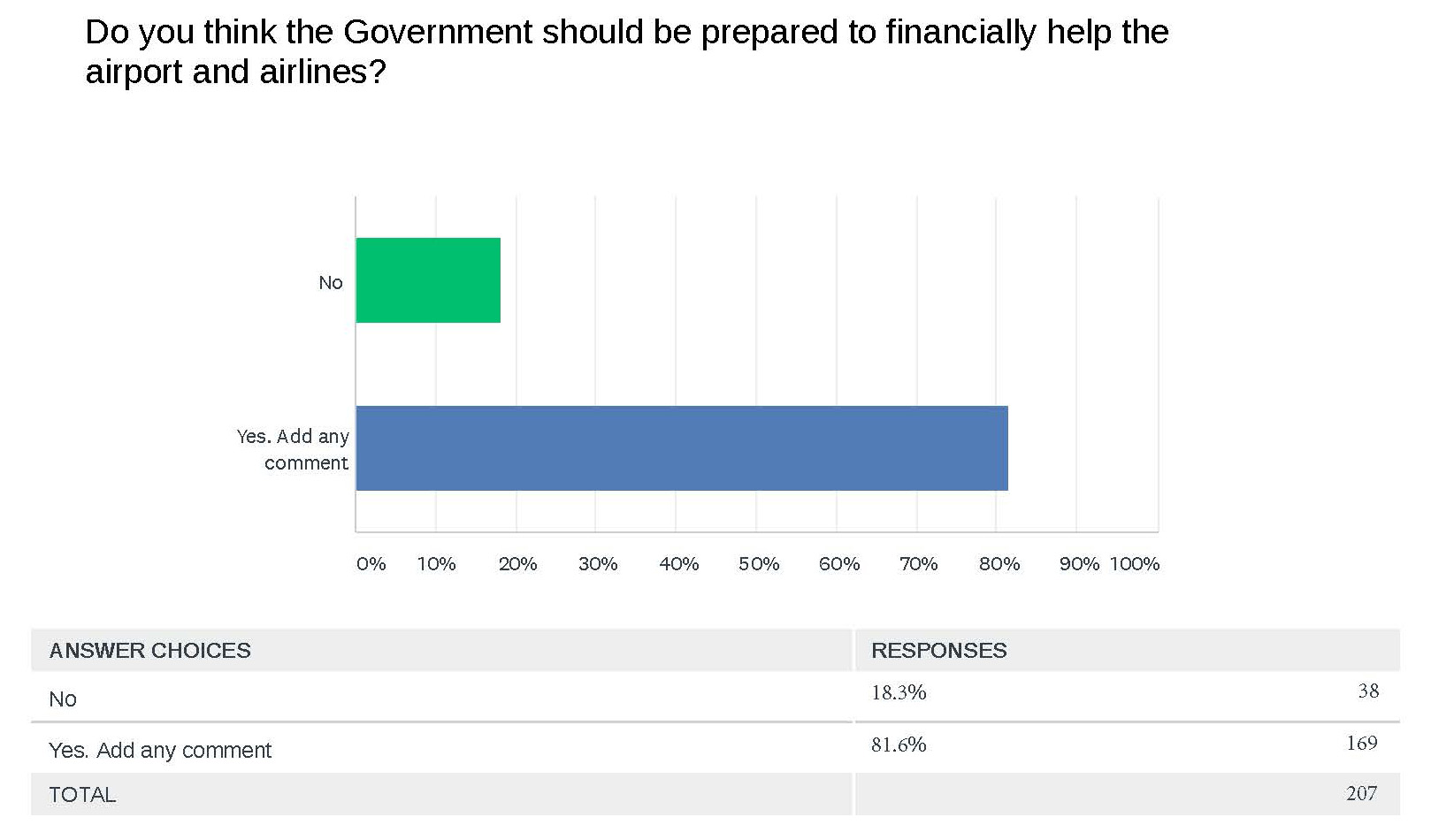 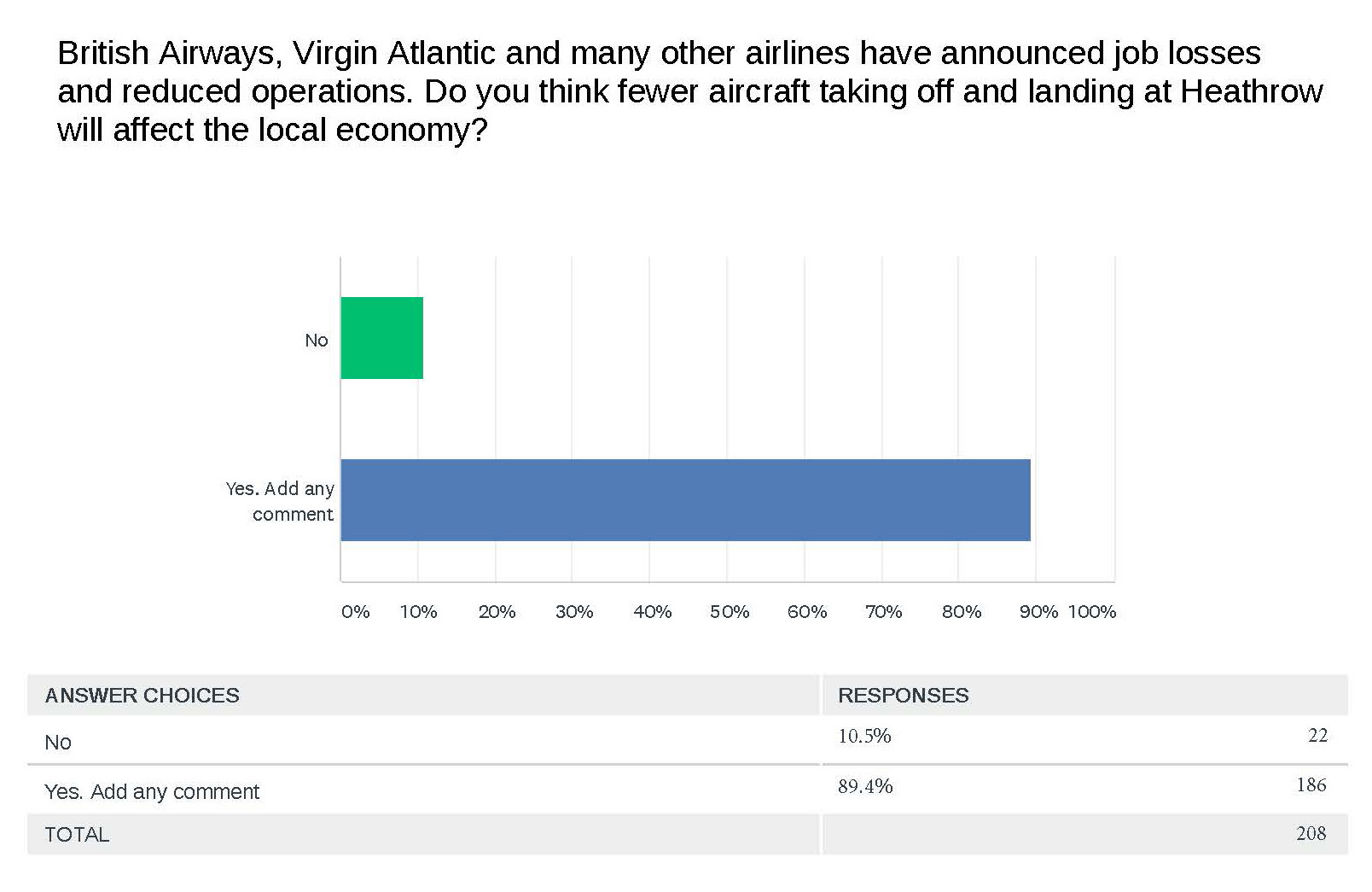 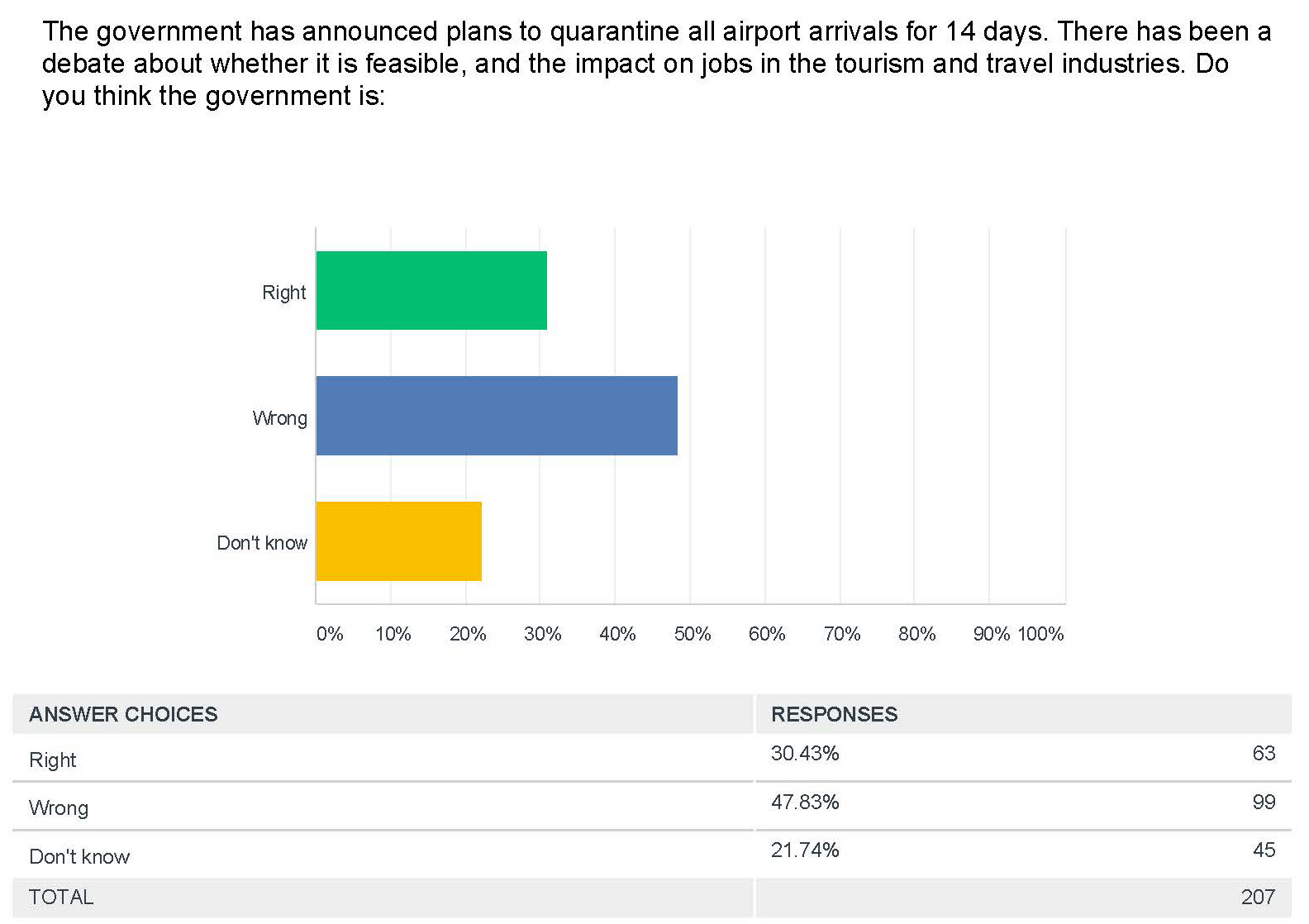