Last week a consultation, next week an election 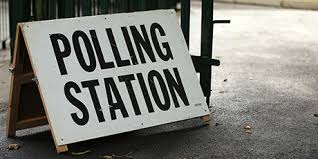 After sixteen weeks, the public consultation on the draft Airports National Policy Statement (otherwise known for being on Heathrow expansion) has now closed.

This has been an extensive process with numerous public exhibitions where tens of thousands of people have been able to engage with the issues and understand more about the huge benefits to be had from a new Heathrow runway. We really appreciate everyone’s support and want to thank all those who made a submission on such an important issue.

The process to secure Heathrow expansion continues with the new Parliament due to scrutinise the Government’s plans through a select committee. But before we get to the work of MPs we need to elect them which brings us to next week’s General Election.

Nationally, the main issues that candidates and voters have been discussing include Brexit, social care, energy and the NHS. These have also been important issues for local people living in West London and the Thames Valley.

Heathrow expansion has not featured prominently in this campaign but local people still support a bigger, better Heathrow. Increasing runway capacity at the UK’s biggest port is vitally important, particularly as we begin the process of leaving the European Union.

Fortunately, several candidates who back Heathrow expansion are standing again in constituencies such as Ealing North, Ealing Southall, Harrow West and Spelthorne. Hopefully they will be ready to hold the Government to account over the need for Heathrow expansion and the benefits to be had.

This election campaign has also meant a return from some who we thought we might not see again in the political arena. Vince Cable is standing in Twickenham and Zac Goldsmith is hoping to become MP for Richmond Park, just six months after being comprehensively rejected by his constituents after launching a by-election on the very issue of Heathrow. Curiously, Zac has returned to the Conservative fold by standing on the party ticket despite the Tory manifesto endorsing expansion.

With both the Labour and Conservative manifestos endorsing the recommendations of the Airports Commission, which overwhelmingly backed the building of a new runway at the UK’s only hub airport, we can look forward to a continuation of huge political support for Heathrow expansion in the next Parliament.