Heathrow airport has done it again. The business news company, Bloomberg has announced that for 2018 the airport held onto its status as Europe’s busiest.

One interesting reason that explains why Heathrow is ahead in passenger numbers is because airlines/carriers use bigger jets to maximise their returns from the airport’s two busy runways.

As the table below shows, the UK, Spain and Germany all have two airports in the top ten busiest airports in Europe. Together, Heathrow and Gatwick were the busiest with over 126m passengers between them. 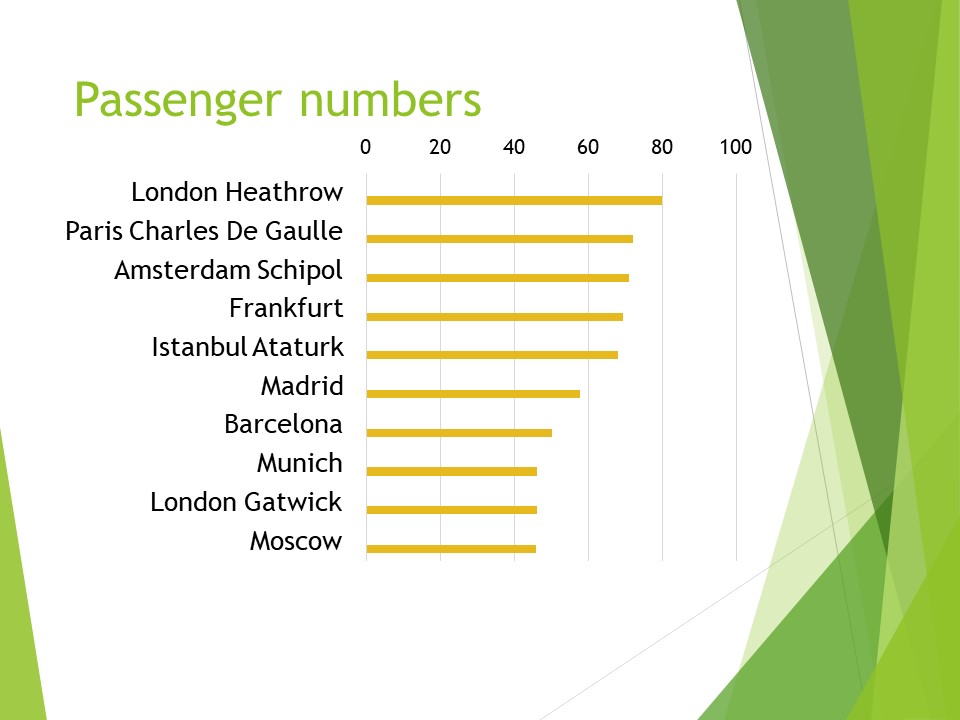 Heathrow has been the world’s number 1 airport for international passengers, but in 2017 lost this top spot to Dubai Airport. However, by way of compensation in 2018, Heathrow Terminal 2 was voted by SkyTrax as the world’s best airport terminal.

On top of that, in 2017 - for the third consecutive year, travellers from around the world awarded Heathrow ‘Best airport in Western Europe’.

But nothing stands still in the world of aviation. A new airport in Istanbul, designed to handle 90m passengers a year by 2020 will put pressure on Heathrow’s premier status - where the new runway won’t be ready until 2026 at the earliest.

The report also looks at the rate of increase in passenger numbers, and top of the league in 2018 is Moscow with passenger growth of 14.3%. Heathrow languishes second from bottom with growth of just 2.7%, and with only Gatwick below it at 1.1%.

These figures clearly illustrate the problem Heathrow has. The airport operates at 98% capacity and has little room for passenger growth without further expansion. It has been argued that operating at such a level has constrained UK economic growth and restricted the development of new routes to growing economies in Asia and elsewhere.

When new public transport infrastructure improvements like Crossrail and HS2 are completed it is estimated that by 2030, 70% of Britain’s population will be within three hours of the airport. As the UK’s only hub airport, it is crucial that the airport thrives if the UK is to be economically competitive.