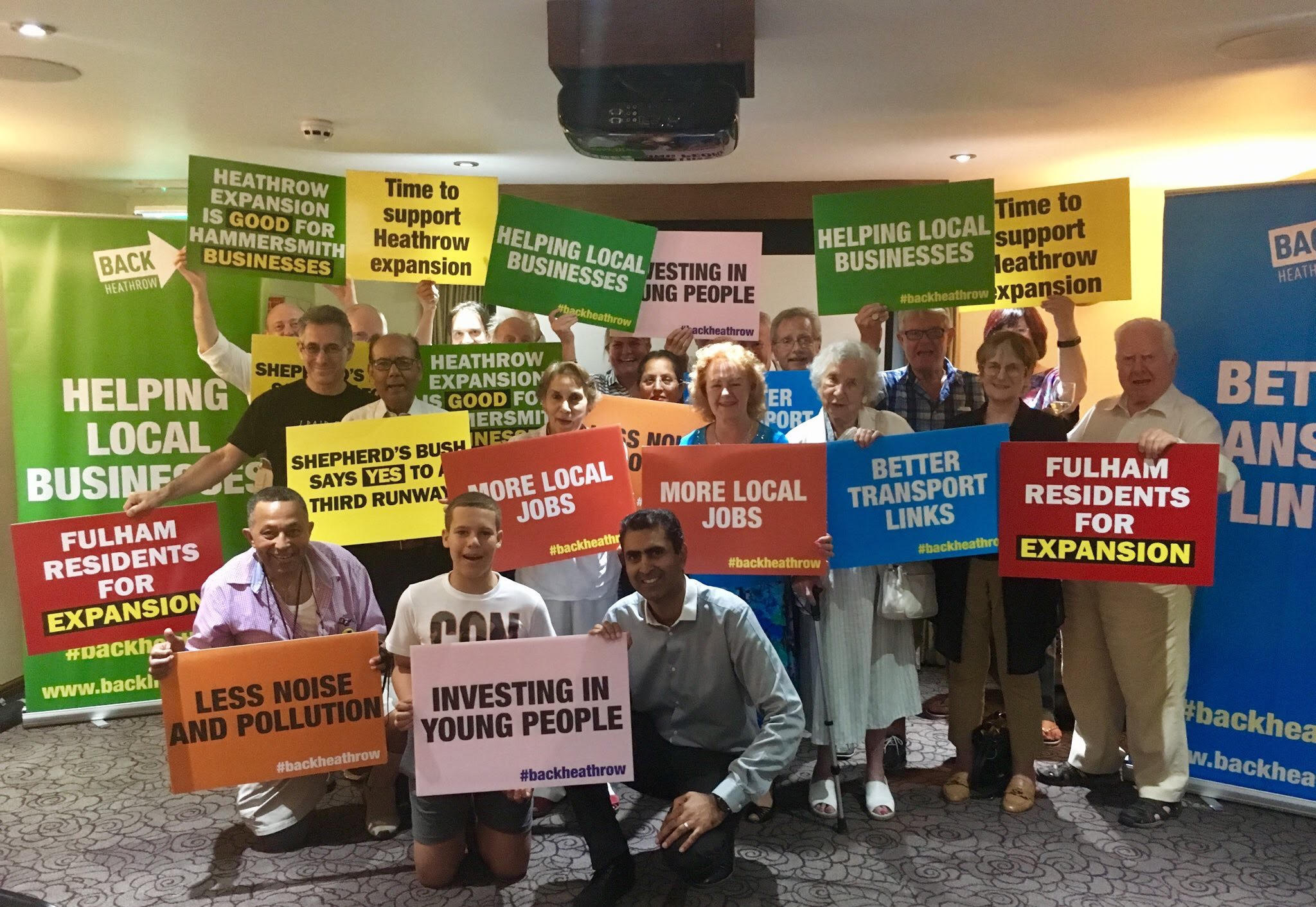 Hammersmith residents are querying why boroughs across west London are spending council taxpayers’ money trying to block economic growth and overturn Parliament’s decision to back expansion at Heathrow.

At a public meeting hosted by community campaign group Back Heathrow, local supporters of the proposed new runway discussed the overwhelming parliamentary majority in favour of expansion and the decision of five local councils, including Hammersmith and Fulham, to spend local council taxpayers’ money to oppose it.

Nigel Peterson, local resident, said: “We are local people and we need to be listened to. This is an enormous amount of money to spend taking expensive legal proceedings against a project which so many local people support. We would much rather that money be spent on cash-strapped council services like schools or social care.”

Parmjit Dhanda, Executive Director at Back Heathrow, said: “Local authorities need to take notice of the silent majority of their residents. Parliament passed this with a huge majority and with support from across the House. 100,000 people in the boroughs around the airport support this project, as well as the CBI and Unite and GMB unions.

"Over the past decade, some local councils have spent nearly £1 million of taxpayers’ money funding campaign groups and expensive lawyers. Its time they respected the views of local people, businesses, unions and the democratic will of Parliament."