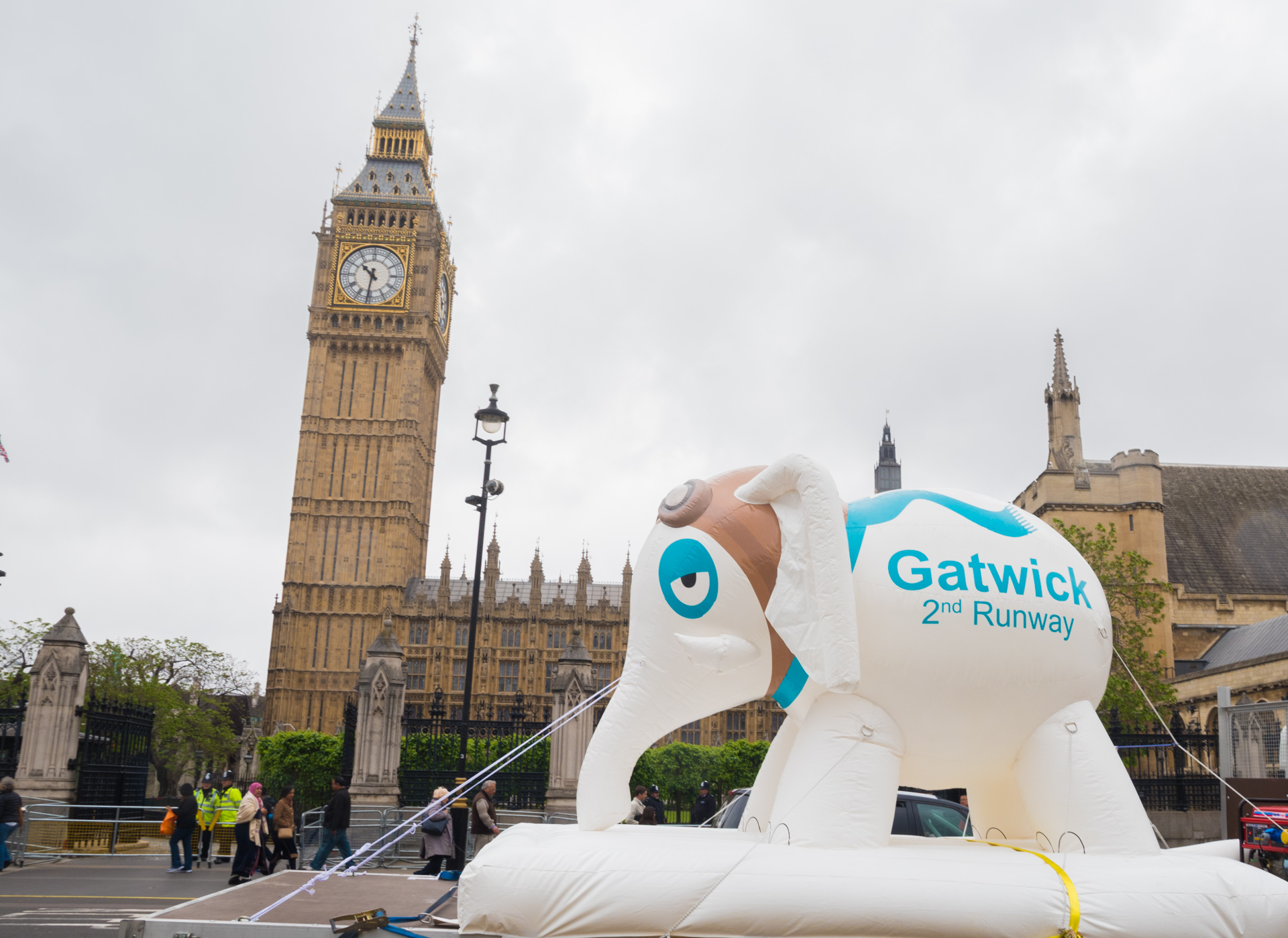 Onlookers in central London may have been rubbing their eyes in disbelief as a giant white elephant passed them on Wednesday.

The elephant – full name ‘Gatwick 2nd Runway’ – was nattily dressed in Biggles-style flying cap and goggles as he made his way around Parliament Square, passing the Houses of Parliament before flying down Whitehall.

It was all a bit of fun that we at Back Heathrow hope makes a serious point and sends a clear message. We wanted to demonstrate why a new runway at Gatwick risks becoming a white elephant if it is not used by major airlines. Many want to use an expanded Heathrow but are prevented from doing so as it is already operating at full capacity, unlike Gatwick.

BAR UK, a trade organisation representing over 70 scheduled airlines operating in the UK, has stated that: "The majority of BAR UK airlines have maintained their view that expansion at the UK’s existing hub airport, Heathrow, provides the most compelling solution [to a lack of aviation capacity]."

The UK desperately needs additional aviation capacity in the south-east and the answer has always been to expand at Heathrow. It is the clear and unanimous choice of the independent Airports Commission; MPs, airlines and major UK business groups all prefer Heathrow expansion over Gatwick; Heathrow is operating at full capacity with more than 30 airlines wanting access; and airlines often move from Gatwick as soon as slots at Heathrow become available.

It makes the most sense to expand at the airport where demand is highest and that means in West London not West Sussex. Building a new runway at Gatwick risks building an expensive, giant white elephant that may sit underused because airlines would still prefer to fly from Heathrow.

The government has acknowledged that the UK needs additional air capacity in the south-east but for far too long it has dragged its heels over making a decision. It’s time to make that decision and it’s time to expand Heathrow.