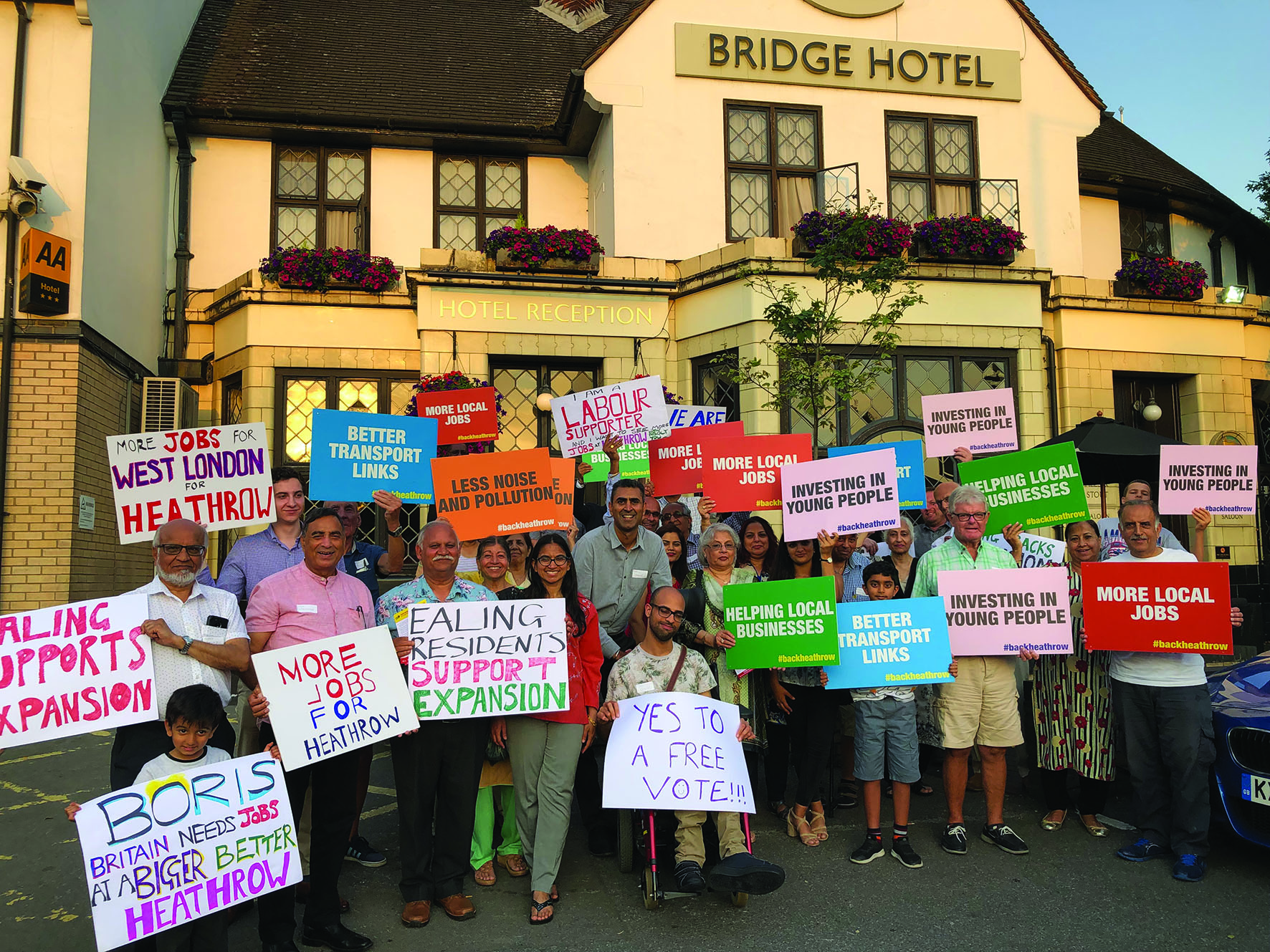 Back Heathrow Executive Director, Parmjit Dhanda said: “There is a big appetite among Ealing residents for their local councillors to be given a free vote on the council’s support for Heathrow expansion.

“It is the right time for Ealing to reconsider its formal position of opposition through a debate and an unwhipped, free vote at a future council meeting. The position of the council should reflect the view of its own residents’ survey where 69% support a new runway.”

Local resident Robert Morse said: “Expansion will bring tremendous advantages to the local economy. However, the council must look at the bigger picture for the UK.

“Many Labour councillors privately back Heathrow but were forced to vote against expansion by their party managers. They should be free to make their own choice, with the information about the views of residents from their survey. We need a free vote now, it’s the democratic thing to do.”

A survey earlier this year of over 1,200 residents commissioned by Ealing Council found that a large majority - 69% - of its residents back a new runway at Heathrow Airport. The council voted to oppose the scheme at their meeting in December.