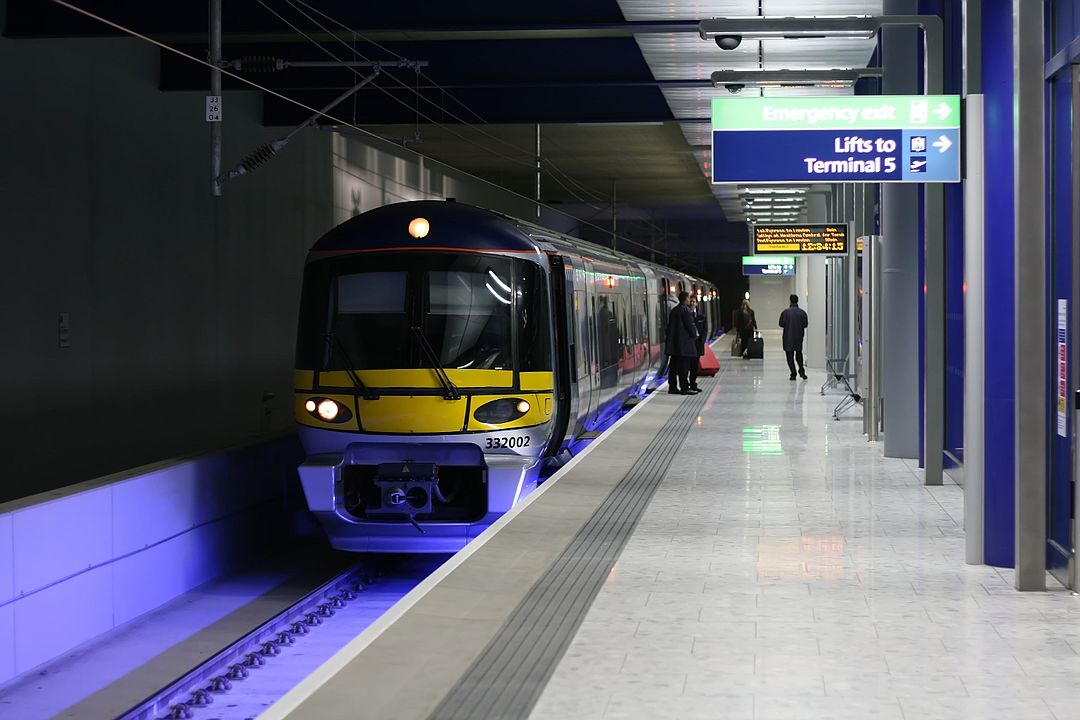 This means passengers from these directions are heavily dependent on cars. If Heathrow is to grow in a sustainable way, it’s imperative – for the sake of local communities – to reduce Heathrow’s carbon emissions by improving its rail links.

However, improvements to Heathrow’s rail access have stalled since the pandemic. The London to Birmingham section of HS2 is currently under construction and, whilst it won’t serve Heathrow directly, following the Government’s decision in 2015 to scrap the Heathrow spur, passengers will have to change onto HS2 trains from nearby Old Oak Common station – about 15 minute transfer from Heathrow itself.

Furthermore, the Elizabeth Line will serve Heathrow from 2022, but this will use the existing rail corridor from Paddington currently operated by TfL Rail and Heathrow Express.

Completely new routes, such as the Western Rail Access and the Heathrow Southern Railway, look to have a bleak future. These projects cannot be allowed to be a casualty of the pandemic as the environmental case for these routes are apparent. According to Arup, , 33% of Heathrow’s emissions in 2018 were produced by surface access. Whilst Heathrow’s 2019 Travel Report states, only about 40% of all public journeys to the airport is made by public transport. For Heathrow’s employees, the figure for car use has been as high as 67%.

The Southern and Western rail access project will open up more sustainable travel for Heathrow’s labour pool. For instance, Slough alone houses 4% of Heathrow’s workers, with Maidenhead and Woking also hosting over 1,000 jobs in the wider aviation sector, so it’s clear how a direct rail link to Heathrow from these towns will reduce road congestion on neighbouring motorways.

Moreover, new westwards and southwards rail links at Heathrow will soak-up long-distance traffic demand off the congested M4 and M3 motorways; with the effect of making regional passengers interlining at other European hubs less attractive.

The Government must not settle for second-best for Heathrow’s rail links. Together, with the use of Sustainable Aviation Fuels and green service vehicles at Heathrow, better rail access to compete with the private car will massively help to control Heathrow’s emissions.