It’s Heathrow…obviously. Now the Government must actually take the decision. 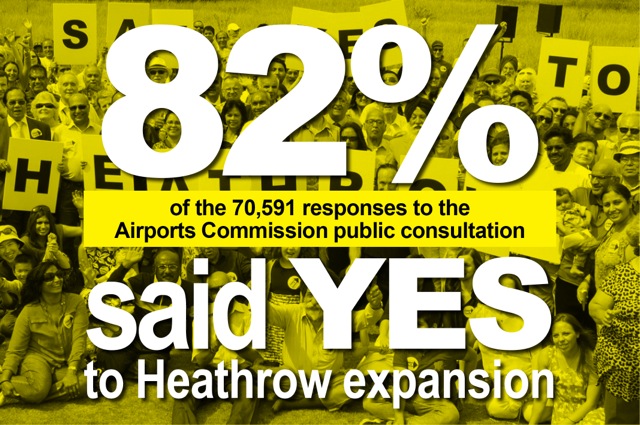 By putting a final decision beyond the London Mayoral elections in May, the Conservatives are trying to avoid giving Zac Goldsmith a headache. The Government claims there is a need to carry out further environmental studies but this is doubtful because any environmental concerns – which the Airports Commission insists are surmountable - can be fairly assessed during the planning process. This would be undertaken by means of the independent Environmental Impact Assessment which applies to any national infrastructure project.

There was widespread anger from politicians, business groups, unions, international airlines and residents who back Heathrow expansion. Yet the Government’s decision not to make a decision also infuriated residents living near both Heathrow and Gatwick who would be directly affected by any new runway. All of the above need certainty – surely it was the least the Government could provide?

The Airports Commission has been clear in its recommendation that a new runway be built at Heathrow. The Government should follow up on this recommendation and expand Heathrow with strict environmental conditions attached so that local communities, as well as the whole country, can benefit.

Heathrow is a vital asset for communities in West London and the Thames Valley. It’s not surprising that so many local people want to ensure Heathrow flourishes in the future so that it remains the UK’s premier airport, able to match its foreign hub competitors.

In the Airports Commission public consultation earlier in the year, 82% of the 70,591 responses backed Heathrow expansion, mostly from residents who live near the airport. And a recent Populus poll of more than 12,000 residents in the constituencies and boroughs close to Heathrow found many more residents (50%) supported Heathrow expansion than opposed it (33%).

People in the local area are rightly proud of the airport and those that work there are particularly proud that Heathrow carries 78% of the UK’s long-haul flights, a quarter of UK exports by value and is our country’s largest port. But Heathrow is operating at full capacity and it has to grow to meet demand. The UK’s only hub airport is the front door to Britain yet it is closed to new business.

The risks of not expanding are huge. New flights will operate from a different hub airport abroad that has spare capacity, like Paris, Amsterdam or Madrid. As if to illustrate that very point, British Airways boss Willie Walsh announced that he would pull BA out of Heathrow if the Government continued to dither over expansion. Investment, jobs and export opportunities for the local area and across the UK would be lost and could cause irrevocable long-term economic damage.

Heathrow is already the UK’s largest single site employer. It provides more than 114,000 jobs in the local community whilst a further 250,000 jobs in the wider region rely on a thriving Heathrow.

An extra runway will also create 77,000 new jobs in the local region, including 10,000 apprenticeships from the boroughs neighbouring the airport which would help eradicate local youth unemployment. In total, 180,000 jobs will be created across the UK and the benefits to the country are predicted to be worth £211 billion. That’s some prize for a Government looking to prove it is on the side of hard-working people.

So, there is still a golden opportunity to secure the jobs and investment for the local area that will come from expanding the UK’s only hub airport. But at some point soon, the Government must bite the bullet and actually take the decision to expand Heathrow.