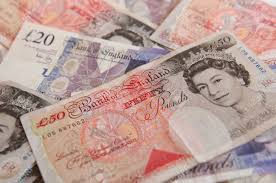 Unless you’ve been holidaying on the moon this week you will have seen the news that we will all be getting election fever once again on June 8th (whether we want to or not).

Whilst Heathrow expansion is unlikely to be a big issue in the national campaign, locally all candidates will take a position on Heathrow’s new runway. If you want to know what the candidates in your area think then get down to your local hustings, ask a question and find out!

Whilst Westminster takes a break, we at Back Heathrow remain focused on the draft NPS Airports Consultation and we will continue to encourage all our supporters to make their submissions. There’s still time for you to have your say so if you haven’t yet, please do so by clicking HERE.

Whilst national politicians are going to the country, local politicians in west London have been occupying themselves with representing their constituents and ensuring value for money for hard-pressed council tax payers, to varying degrees of success.

Council general funds are where money for most local services is drawn, with funds raised from council tax. Essential public services provided by these four councils could potentially suffer and many local taxpayers will ask why their hard-earned money is being spent on expensive lawyers instead of on services like road maintenance or adult social care.

Many Back Heathrow supporters will be inadvertently contributing to this anti-expansion legal fund and many more will be frustrated that they weren’t consulted before their money was used on a scheme that they might fundamentally disagree with.

If you are a local resident in one of these boroughs and you oppose the way your money is being spent then please write to your local newspaper expressing why you’re so angry with the revelations in the BBC piece. You can also attend your local hustings for the forthcoming general election and find out what your local candidate thinks of these councils’ actions.