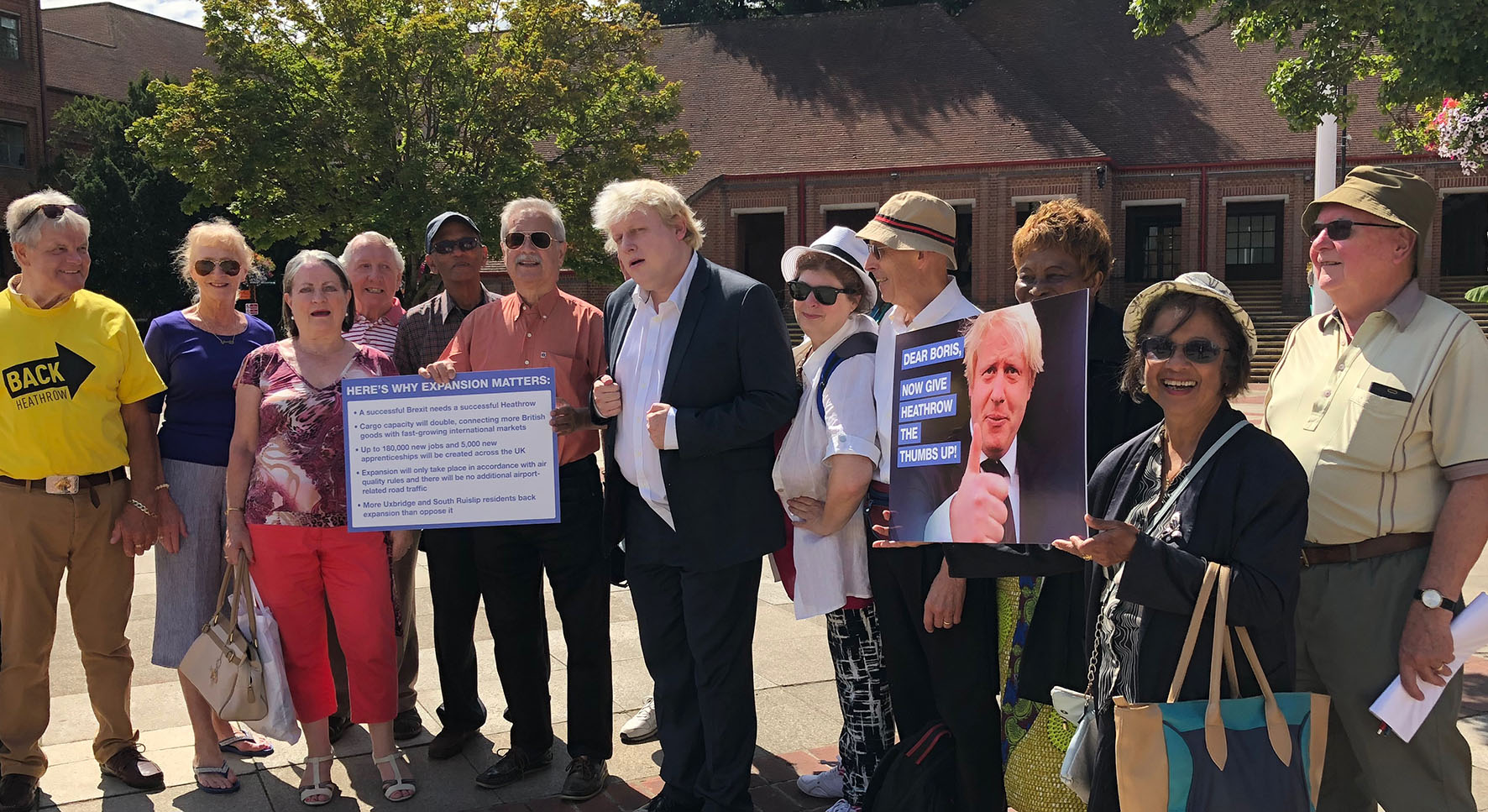 Mr Johnson v2.0 caused quite a stir with people getting off buses to come and have pictures taken. He almost forgot to take his box of constituency correspondence, but luckily he was caught before he left to go back to work on Brexit!

Back Heathrow says the new runway will provide a huge boost to the economy, both with new capital investment and thousands of new jobs created ­– whilst being strictly regulated by targets for emissions, noise and a push to further improve Heathrow's already strong commitments to the environment, through technological innovation by partner airlines.

Back Heathrow Campaign Manager, Paul Cowling, said: "There is huge support for responsible expansion in the borough of Hillingdon, as proven by regular independent polling, and this includes many people in the Prime Minister's own constituency of Uxbridge and South Ruislip.

It is a reminder to the Prime Minister that local people and their families depend on the airport for their livelihoods and want to see future prosperity for their communities. It is time for him to do what is best for his constituents, best for the region and best for the country, and get behind this vital national infrastructure project."

Heathrow is the UK's biggest port by value and the country's only hub airport, but it is at full capacity and will fall behind other European airports unless a new runway is built.

Note: the postcards will be delivered to the Prime Minster's office in Westminster as there is no address in the constituency.