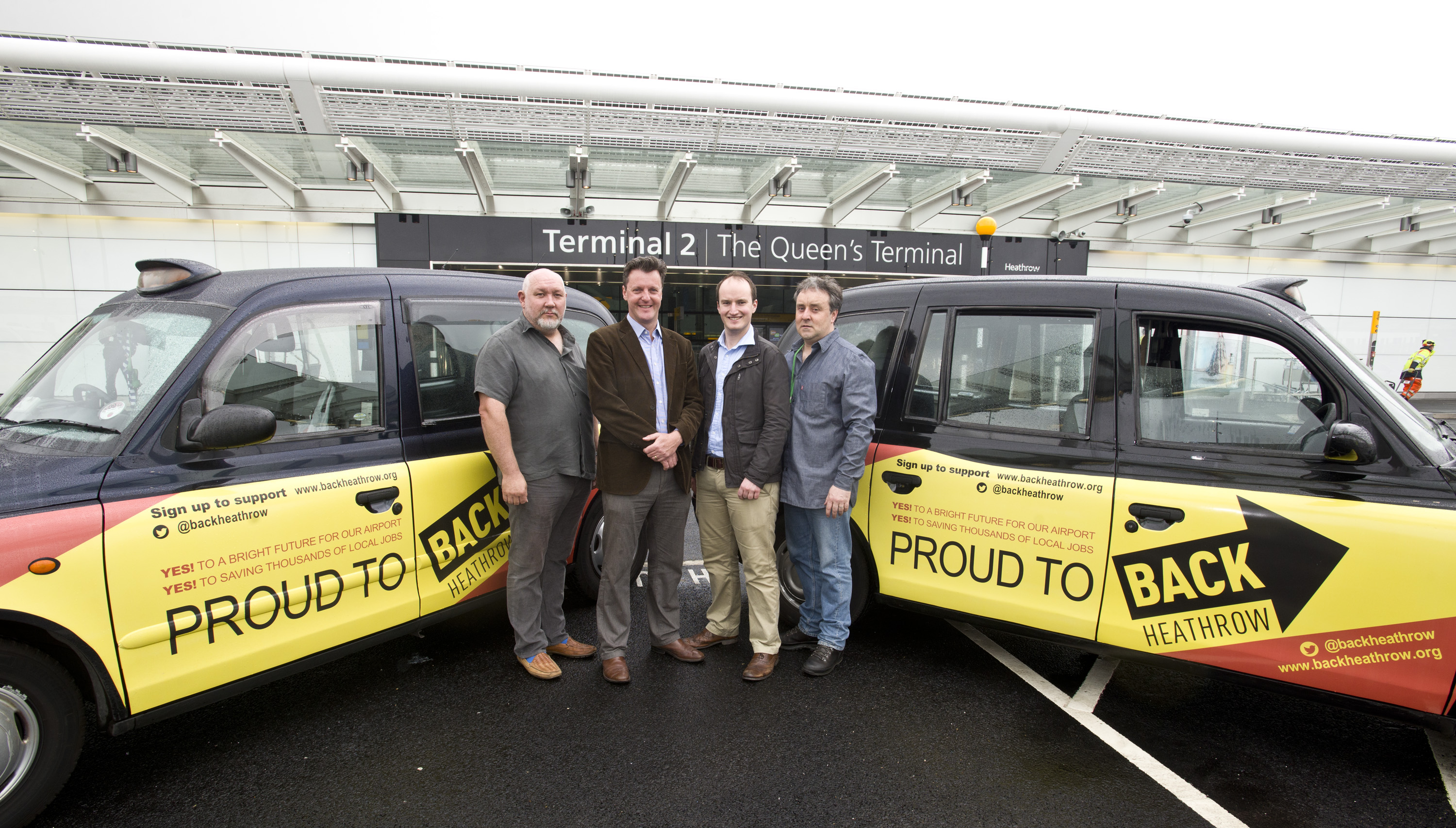 What’s red and yellow and can be seen being driven around London? It is not, as one campaign wag suggested, Noddy’s car. The answer, thanks to London cabbies, is 50 special Back Heathrow taxis zipping around the capital for the next few weeks.

Last week, some of Heathrow’s cabbies joined Back Heathrow’s campaign co-ordinator Rob Gray on top of the brand new Terminal 2 to show off two of our Back Heathrow taxis. Dozens of these special taxis are on London’s streets in the coming weeks, providing a clear demonstration of support for Heathrow and the west London economy. It would have been great to see the Queen arrive in a Back Heathrow taxi to officially open Terminal 2 later this month but we understand she may have other transport arrangements.

“Like Heathrow, black cabs are icons for London and the UK, known throughout the world,” said LTDA representative Bob Livingstone. “Heathrow is so important to cab drivers because of the trade that it brings us. Any threat to a successful Heathrow would be a serious problem for our members and it would be devastating for the local area.”

HATDU chairman Eddie Symes said, “We are based at Heathrow and our members mostly rely on the airport for their income just like thousands of other workers. We want the airport to grow and support more routes to bring more people to the capital. It’s unbelievable that any local politician would want to see Heathrow decline or close”.

Tell us if you spot our cabs!

If you see one of our special Back Heathrow taxis we want to know. Simply tweet us a picture using the hashtag #BHcabs telling us where you were when you saw it.