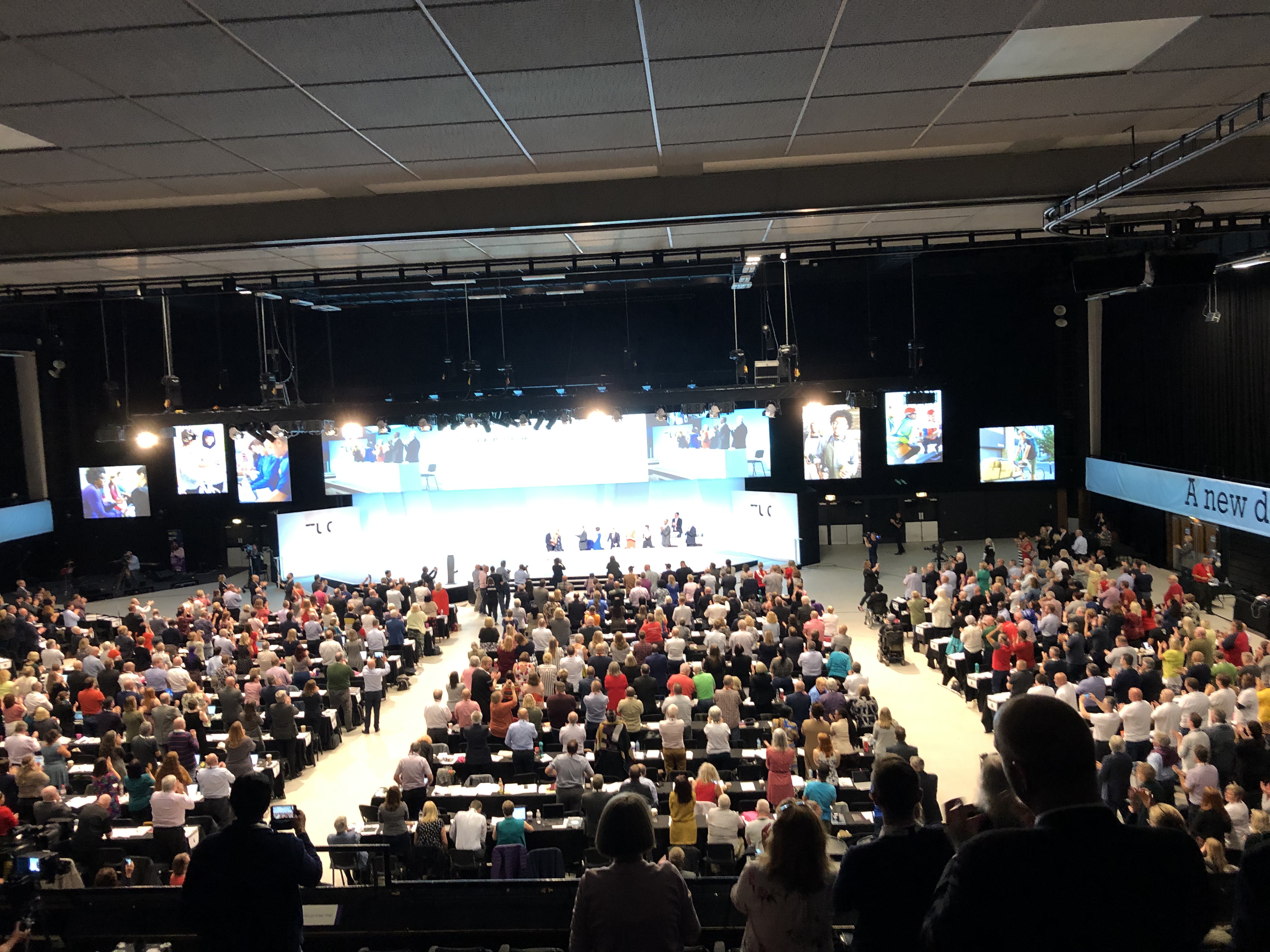 If you squeeze past the leafleters outside the centre where the Trade Union Congress conference takes place a bigger picture emerges. There is always much to admire in the sober way complex, national issues are debated among the hundreds of delegates who attend this annual policy-setting event.

Back Heathrow had a stall in the exhibition area at the Brighton Conference Centre and were pleased to discuss the arguments for expansion with delegates as they browsed the hall.

The conference agenda – many pages of motions for debate – was also helpful. Although there was no direct mention of Heathrow, there were several motions for debate – about infrastructure investment, apprenticeships, skills and the green economy – subjects that feed into how the Heathrow expansion project can achieve the twin objectives of economic growth and sustainable airport expansion.

On apprenticeships, TUC delegates passed a motion from the University and College Union calling for high quality apprenticeships with real job opportunities.

A call from Community union for the TUC to lobby the government for better skills provision for people who have left employment was also carried. British employers spend 50% less on training per employee than the EU average. It wanted employers to recognise the importance of transferable skills.

Tackling the climate crisis and moving to a low carbon economy was the subject of a successful motion from Unite. It called for a ‘just transition’ to a balanced low carbon energy mix, investment in skills and infrastructure and protecting high quality jobs.

A motion from GMB to secure UK green jobs was also carried. It stated: Combatting climate breakdown is not just a moral issue, but an economic one for communities and workers across the UK. It should be a top priority for governments. Decarbonisation could produce thousands of well-paid, skilled jobs in renewables and in the supply chain, but this requires political will.

It commits the TUC to campaign for: Fair funding for the cost of decarbonisation; local labour in construction; skills for the future;investment in skills to meet our needs now and in the future and fair pay and rights at work.

Heathrow airport also organised a fringe event where Matt Gorman, Director of Sustainability at the airport, Richard Bassford, Government Affairs Manager at Virgin Atlantic and Greg Archer from the non-governmental organisation, Transport and Environment had a wide-ranging discussion on how the UK aviation sector can grow and meet climate change targets. It’s good to know that the goals of Heathrow expansion: jobs, prosperity and sustainable growth fit into the campaigning objectives of the TUC and its 5.5m members.