After opening statements from the six candidates, the audience asked questions. The discussion ranged from the importance of the airport to Hounslow and the wider UK, the economic benefits of a new runway, including new jobs and apprenticeships. The debate then moved on to how the airport plans to expand and meet its challenging targets on noise, air and carbon emissions. Candidates also discussed proposed new rail links, undertakings on road traffic and also fielded questions on how UK airspace modernisation will affect flightpaths over the borough.

Most candidates standing in the borough’s two constituencies took part. From Feltham & Heston only the Green Party's Tony Firkins was unable to attend. Labour's Seema Malhotra, was joined by Conservative Jane Keep, Hina Malik for the Liberal Democrats and Martyn Nelson, the Brexit Party candidate.

Brentford & Isleworth was represented by Seena Shah, the Conservative candidate and the Brexit Party's Lucy O’Sullivan. The only absentees were Daniel Goldsmith of the Green Party and Ruth Cadbury from the Labour Party.

Back Heathrow Executive Director Parmjit Dhanda and chair for the evening said: “It was good to have all the major parties taking part in this important debate. It shows how the campaign has gained traction, that so many candidates wanted to meet such a big audience. It was a grown-up debate about jobs, the economy and the environment. Some candidates came in trepidation, but they all left feeling glad that they came. Some even said they had learnt a lot from the event, which is very welcome news.” 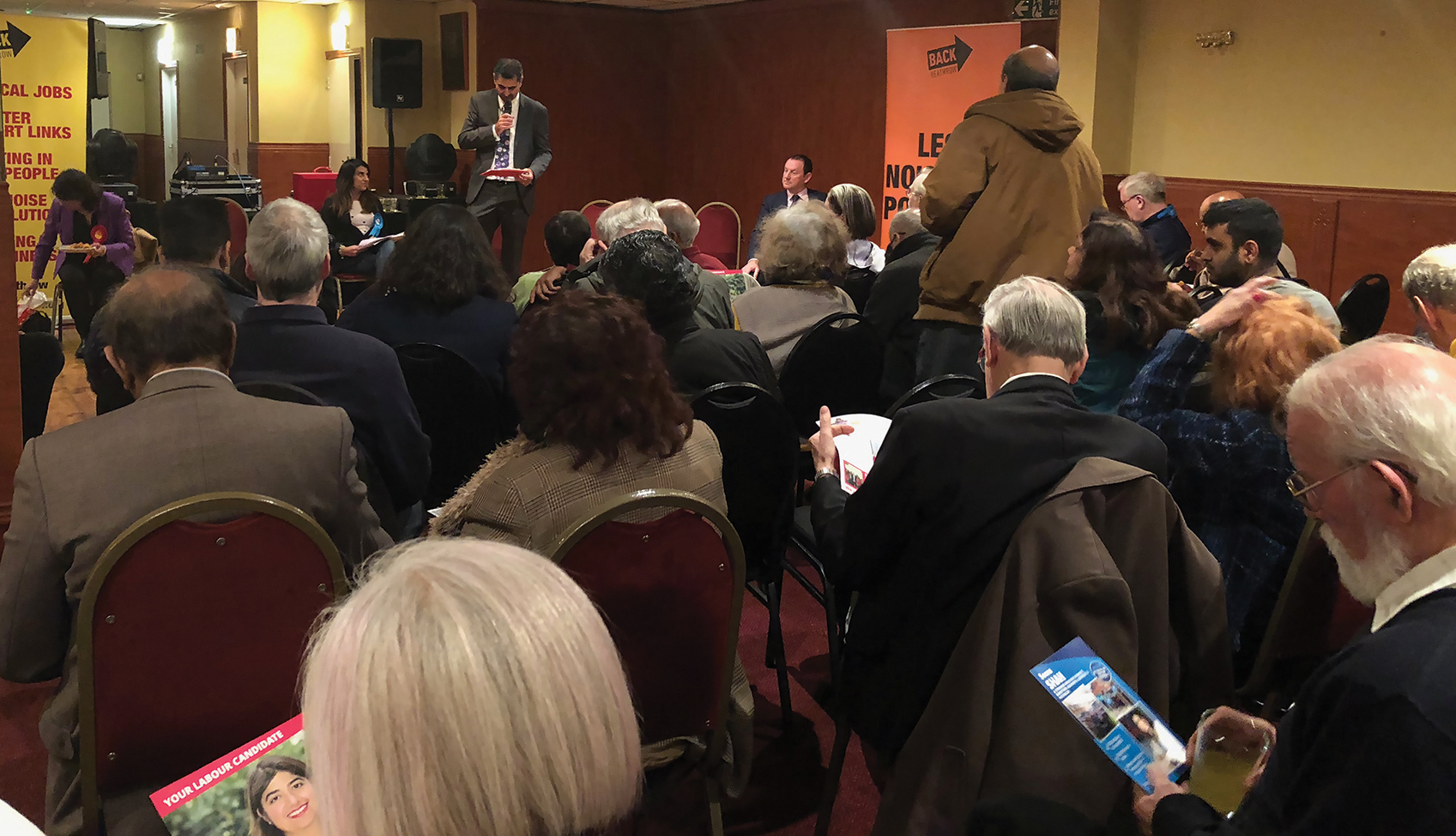