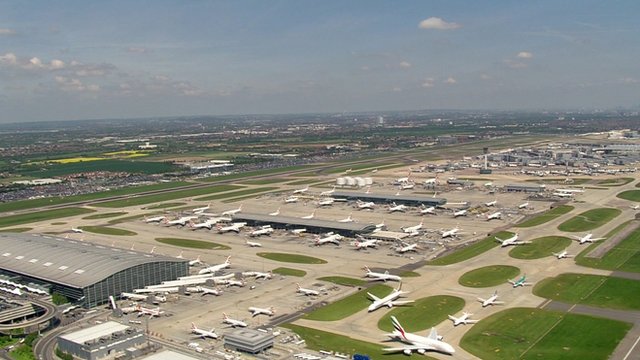 Today has been yet another significant milestone in our campaign, as the Airports Commission launched its public consultation. To support this, they have also released detailed analysis of all the options over hundreds of pages, but don’t worry, we’re not going to make you read it!

If you are interested in all the details, they can be found on the Airports Commission’s website, but we thought it might be a good idea to spare you the effort and bring you some of the headlines.

The Commission has been very clear that building additional capacity at Heathrow would provide a much needed boost to our local economy and huge economic benefits for generations to come.

An extra runway at Heathrow could benefit the economy by up to £211 billion, whilst also creating almost 180,000 jobs by 2050. By 2030, 41,000 of these jobs would be at the airport alone. Proposals to expand Heathrow would benefit the UK as a whole, boosting jobs right across the country, and not just in west London and the Thames Valley.

The Commission’s workings are complex, but more importantly they are independent of both Heathrow and Heathrow Hub, the promoters of the expansion projects at the airport. What is interesting is that in terms of the economic benefits of Heathrow’s expansion, the Commission has said that the airport’s own estimates were too low and that expansion would have a bigger effect on the local area and the UK than the promoters anticipated.

Local people will also benefit through reduced noise from aircraft. As the report notes: “When compared to current noise levels, fewer people are predicted to be affected across all metrics”, meaning that even a bigger Heathrow would lead to a smaller number of people experiencing noise than they do today.

The report also, for the first time, puts a figure on the price of doing nothing at Heathrow. Anti-expansion campaigners have always accused Back Heathrow of ‘scaremongering’ for pointing out that doing nothing would lead to fewer jobs at the airport. The Commission’s report estimates that there could be 14,000 jobs fewer jobs at the airport if Heathrow doesn’t grow.

These jobs would not all be lost in one day, but instead as part of the steady decline over the years, something we have warned about over the past few months. This report now shows that there are 14,000 local reasons why doing nothing at Heathrow is not an option.

The Airports Commission's findings show beyond doubt that our campaign has been right to call for expansion to boost our local economy and to protect our local communities from decline. Despite this, the campaign is far from over, and there is still a long road ahead before the Commission makes its final decision.