A good week for Heathrow expansion

Every week is a busy week at Back Heathrow but this one will live particularly long in the memory.

Unusually for us, the week began by focusing on the recent past instead of looking towards the future. The Government’s prominent public consultation on the draft Airports National Policy Statement (NPS) closed in the summer but this week the results were released, and it says some great things about the Back Heathrow campaign and our supporters.

The consultation received a total of 72,239 individual responses and 58,277 of those were identified as supportive of a third runway at Heathrow Airport, more than 80%. Of those, 51,343 came from Back Heathrow supporters. That’s down to you. Thank you.

This demonstrates the enormous support for Heathrow expansion, both locally and across the country. This consultation clearly shows that support for a new runway is very strong. More local people back the additional jobs, apprenticeships, investment and opportunities that will come with expansion.

While this consultation closed in the summer, the snap general election had a knock-on effect which means that the Government has to announce a short eight-week extension to the consultation on air quality and capacity. That process has begun and will end on the 19th December.

This week also marked the one-year anniversary of the Government’s official public endorsement of Heathrow expansion.

October 25th, 2016 was a great day for everyone who supports a bigger, better Heathrow and we’re pleased that the Government remains committed to Heathrow expansion. But a year on, we’re still itching to get on with it and start building.

The Transport Secretary Chris Grayling has said that there will be a vote on Heathrow expansion in the first half of 2018 and we will continue to work with you to hold the Government to that commitment.

To mark the one-year anniversary, Back Heathrow joined with the TUC to launch a new advertising campaign outside Terminal 5, emphasising the huge number of new jobs and apprenticeships that will come from Heathrow expansion. Look out for the Back Heathrow advertising at a billboard, bus stop or on a bus near you.

As you can see from the photo below, it was a great event but one with an important message: local supporters of Heathrow are not going away – we’re getting louder! 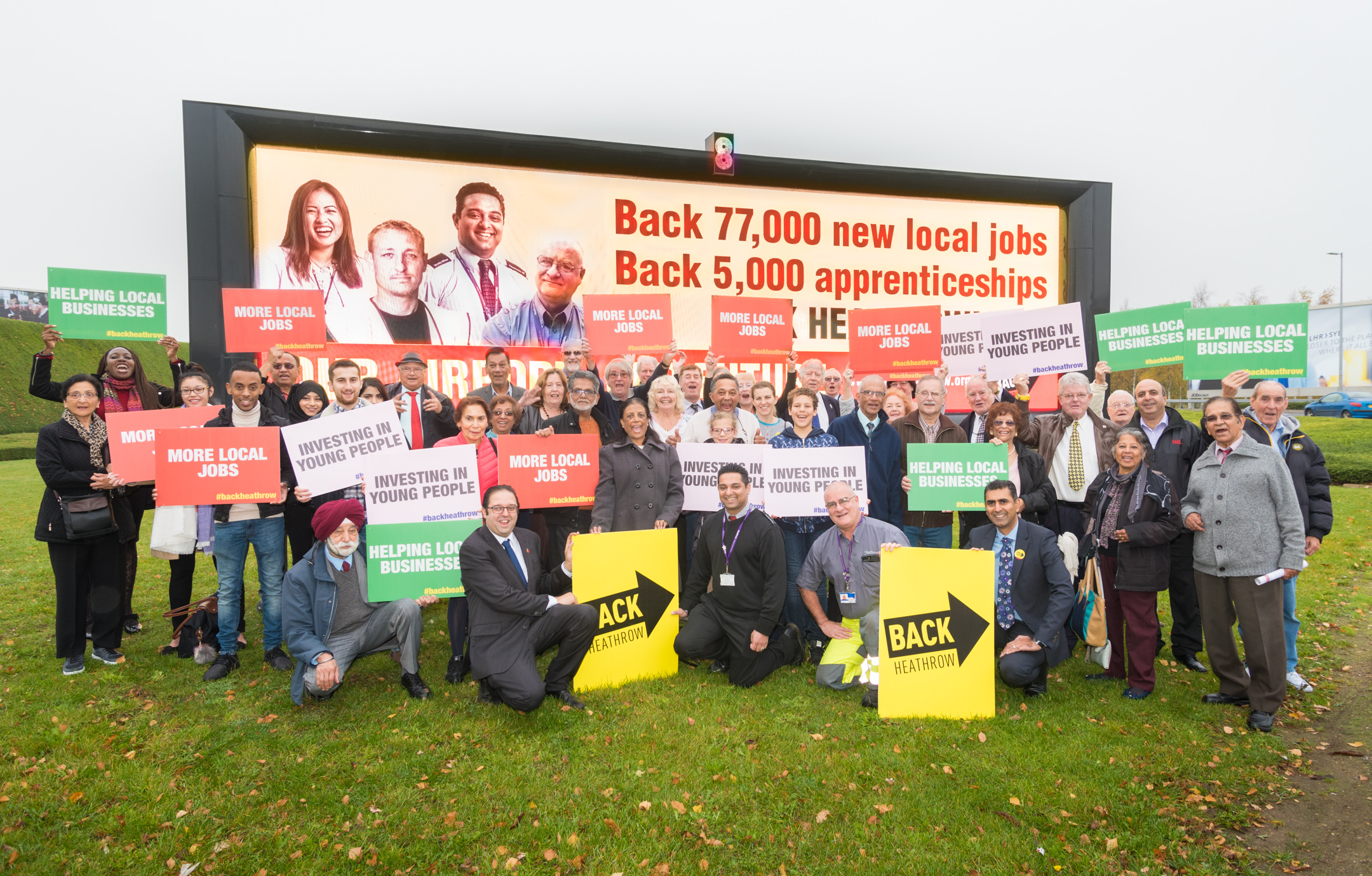