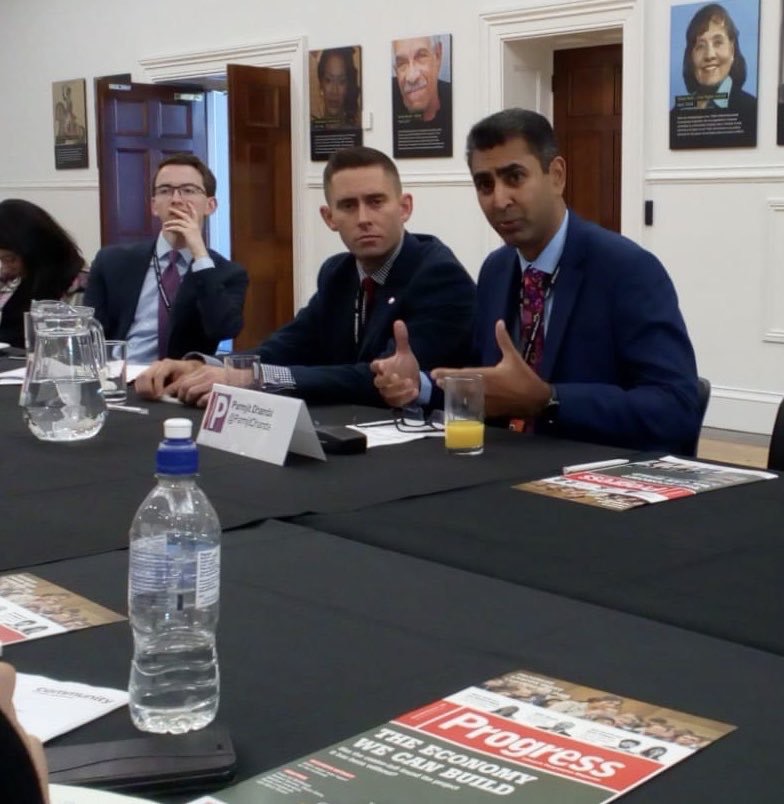 Party Political Conferences are in the news this week. For Back Heathrow it’s been an opportunity to make our case to decision makers.

As a former MP, being back in the mix of a party conference and the fanfare of speeches, statistics and opinion polls was quite exciting.

I was invited to speak at a roundtable discussion about revamping Britain’s infrastructure. The panel was made up of politicians and trade unionists, who all had views on how we should speed up job creation and build for the future.

I talked about the need to improve the planning process, about the importance of good community engagement and (importantly for this audience) - the need for politicians to be brave.

Whether its airport expansion, major roads, railways or power stations, the infrastructure we need to live our lives, create jobs and grow our economy is stymied and, at least in part, politics and politicians must take responsibility.

At a time of economic and political instability it is more important than ever that our politicians become braver about national infrastructure and articulate the reasons to ‘do’ rather than find excuses to ‘not do’.

Heathrow’s new runway is an interesting but not untypical example.

To make my point, I highlighted some interesting Populus polling unveiled by Heathrow last week. The poll confirmed what regular polling has shown since 2015 – that more local people across the swathe of local Boroughs support Heathrow’s expansion than oppose it.

Politicians are sometimes pushed around by the loudest voices, and the sensible silent majority are often overlooked.

For example, did you know that in the Hillingdon Borough (where the Council is leading the legal fight against expansion) support for expansion outweighs opposition by 19 points in Hayes & Harlington constituency, where 71% of residents have a close link to the airport.

In Uxbridge & South Ruislip support is ahead of opposition by nine points and 53% have a close connection, (like employment) at the airport.

But there is work to be done to ensure the public view is reflected in the local politics there.

While the Parliamentary vote may be through, people must still have their say. Heathrow has just announced January and June consultations for 2019 to develop plans for an expanded Heathrow. We will continue to support local communities and businesses to ensure they have their voices heard during the consultation process.