Heathrow is the UK’s only hub airport, making it unique. It supports 23% of flights into and out of the country, but is responsible for a whopping 78% of long haul flights, with 70 million people travelling through each year

More and more people are flying – not just for holidays or to visit family but also to do business with companies and countries around the world. Emerging economies, such as China, India, Russia and Brazil, offer big opportunities for British companies, but only if they can get there by air.

The airport is well placed to support those extra flights that both business and leisure travellers need. It already has extensive public transport links, with more on the way. It’s ideally located for the people and businesses using it and who will want to use it in future.

Heathrow has been a huge success story. It has attracted more people to the area, businesses have set up around Heathrow and the local economy is thriving. People have money in their pockets and local businesses and the community benefit. No fewer than 114,000 jobs in the local community and a further 250,000 jobs in the wider region rely on a successful Heathrow Airport.

How expansion of Heathrow Airport can be done well

Expansion can bring problems, including noise, so Back Heathrow is campaigning to ensure the airport finds ways to grow in a way that is acceptable to a majority of local residents. We believe this can be done through a number of ways. 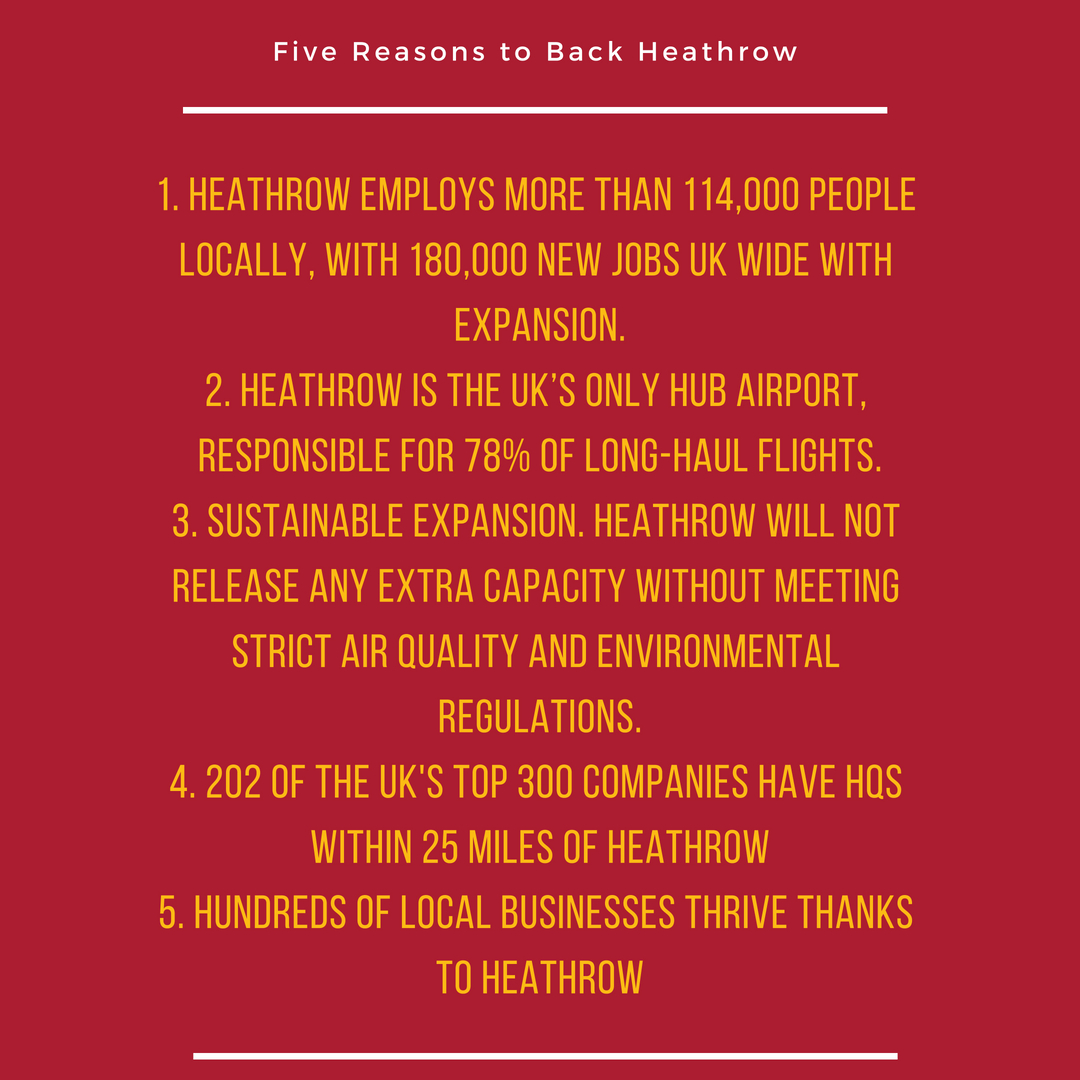 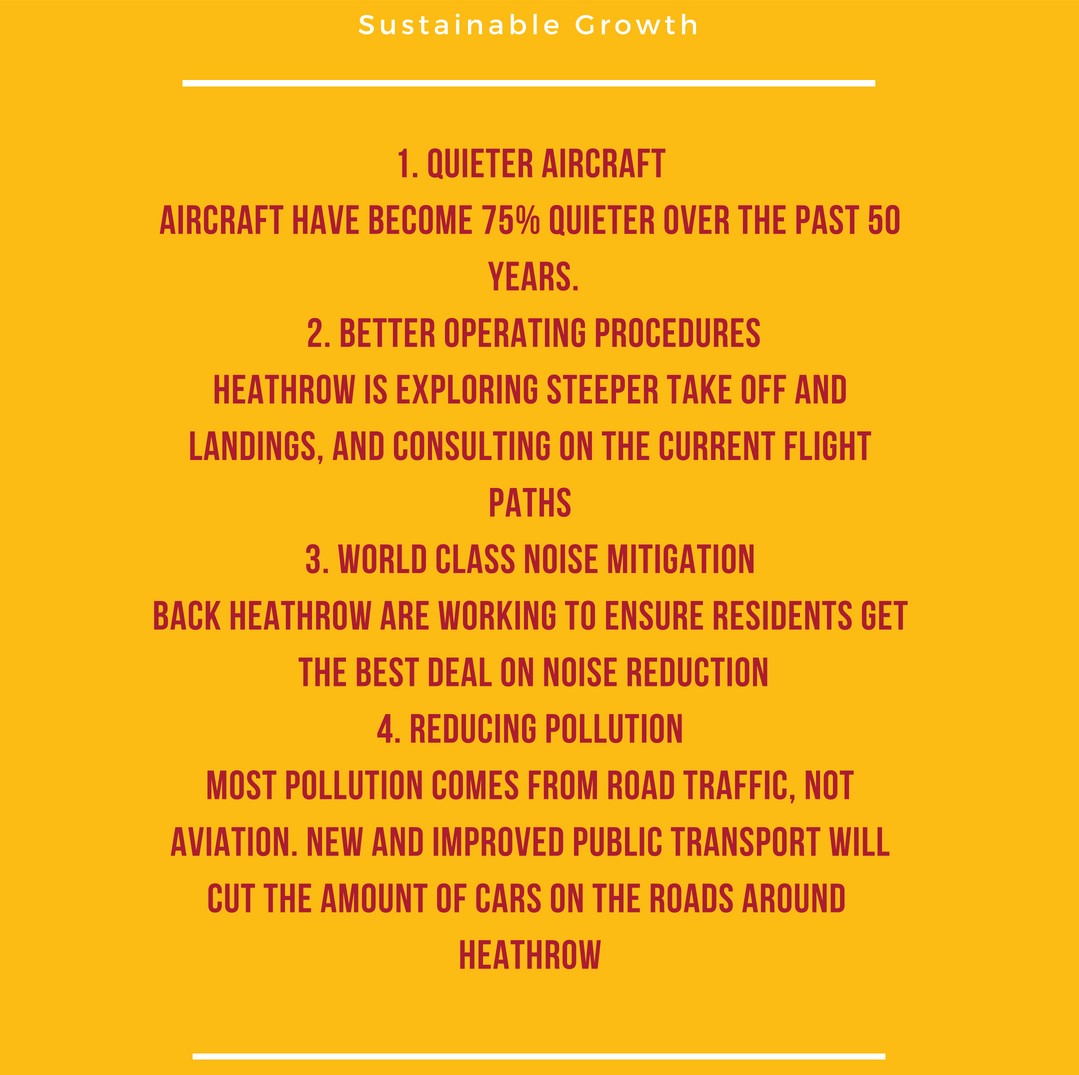 In 2017, Back Heathrow made a submission to the House of Commons Transport Select Committee as part of its scrutiny of the Government's National Policy Statement on airport expansion which you can find online.

The Airports Commission concluded that there is a need for only one additional runway to be in operation in the south-east of the UK by 2030, and it recently recommended that a new runway should be built at Heathrow.
In June 2018, Parliament voted to expand Heathrow with a majority of 296.