Silent majority finds its voice in favour of Heathrow expansion, and calls for talks

Silent majority finds its voice in favour of Heathrow expansion, and calls for talks

Over 70 local residents voiced their support for Heathrow’s expansion at Hillingdon Civic Centre last night (July 4th), at a demonstration where they were surprised and pleased to make contact with Labour and Conservative councillors on the issue.

Until now the council has refused to receive correspondence or acknowledge the Back Heathrow campaign, but at the demonstration councillors appeared to soften their line and started to engage with the pro-expansion argument for the first time.

Parmjit Dhanda, Executive Director of the Back Heathrow campaign said:

“It was good to see a senior Labour councillor engage in conversation with Unite’s Regional Secretary Peter Kavanagh, our campaigners and myself last night. Council Leader Ray Puddifoot and I, who have had a good rapport in the past also had a short but cordial conversation. I hope that will be a prelude to a proper dialogue. There is nothing for the borough’s residents to gain by us tearing strips off each other. My view has always been that we need an expansion which gets the best deal for local people, for jobs, air quality and all other issues. Proper engagement with Ray and his council will only improve the project so I hope he’ll consider my offer to talk in the positive spirit I made it last night.” 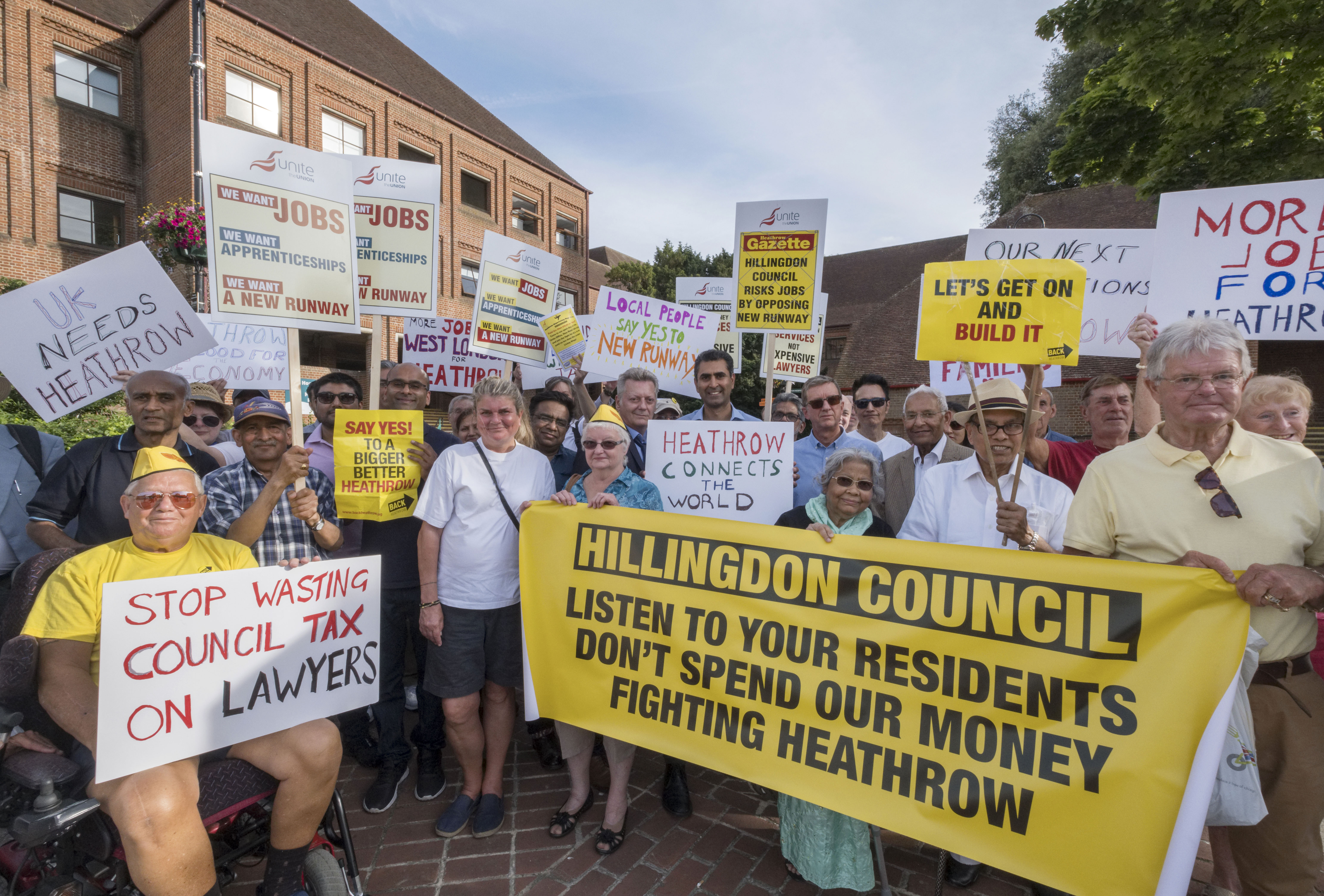 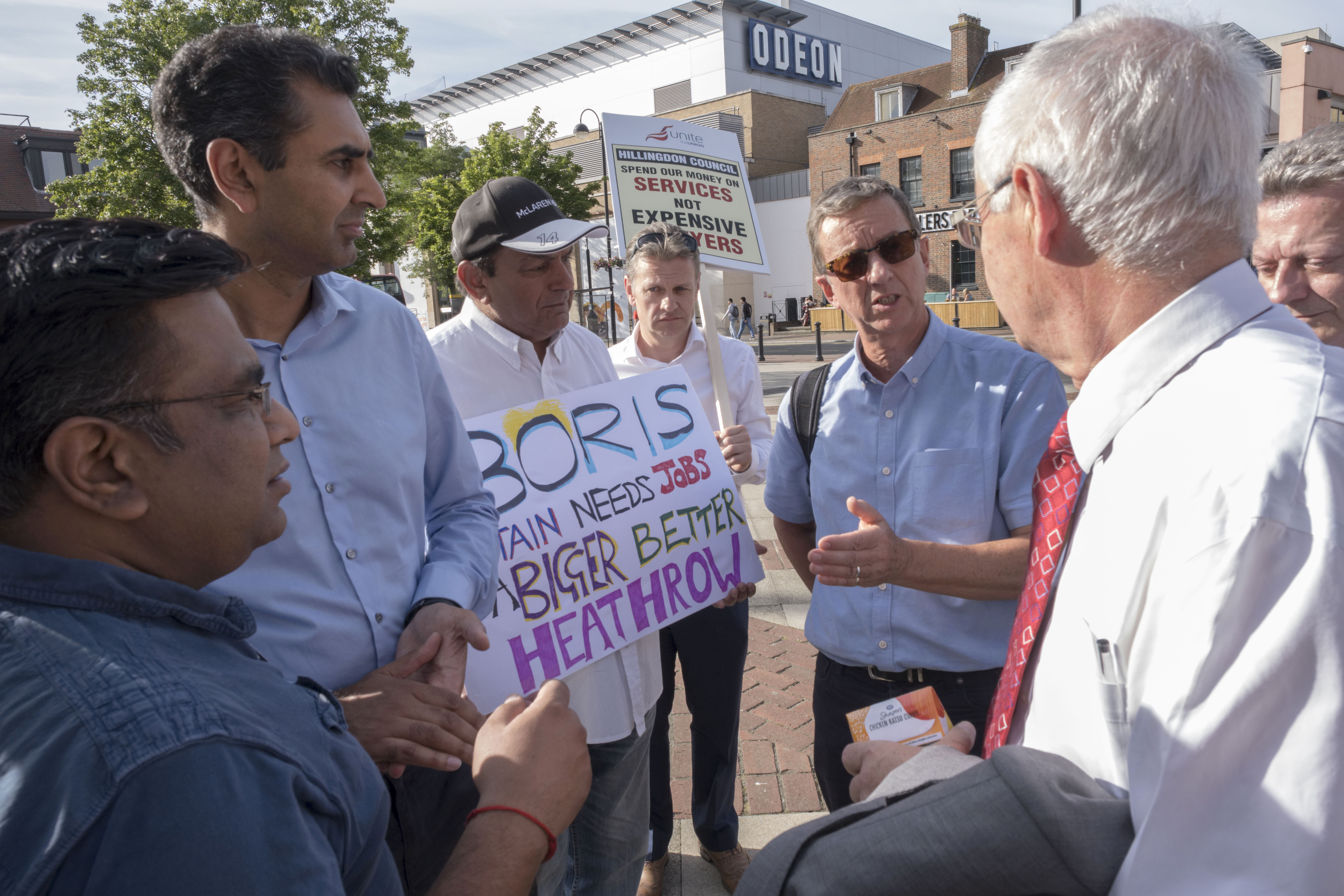 In a conversation with a senior Labour councillor, Peter Kavanagh, Regional Secretary of Unite the Union’s London and Eastern Region, offered to meet with Hillingdon’s Labour group of councillors to explain why so many local Unite members support expansion. He said:

"Everybody knows at this time we need to create quality, skilled and sustainable jobs. Unite is fighting for exactly that at Heathrow. Instead of working with the community to demand such opportunities for future generations, Hillingdon’s Tory Council is turning its back on a project that it should be helping to shape. And instead of protecting local services, it chooses to spend tax-payers’ money on expensive lawyers in an attempt to halt what West London and the UK so desperately needs."

The show of support for expansion was organised by Back Heathrow, the community-based campaign in favour of expansion, and took place outside Hillingdon Civic Centre.

Hillingdon is the lead council co-ordinating other boroughs – Wandsworth, Richmond and the Royal Borough of Windsor & Maidenhead, who are opposed to Heathrow expansion and who led a failed legal challenge to the new runway in the High Court earlier this year. It also funds anti-expansion groups from taxpayers’ money. Over £2 million of taxpayers money has been spent so far.

The new runway has received approval from Parliament in 2018 with a huge majority of 296 and the backing of an independent Airports Commission. It is also supported by the CBI, TUC and by the majority of residents in boroughs around the airport (Populus Polling).

Local Hillingdon resident Barry Nelson West said: “Hillingdon council has its head buried in the sand on expansion. Locally, public opinion is in favour of it because of the potential for thousands of new jobs and apprenticeships in our local communities. The airport also has ambitious targets to meet on air quality and noise mitigation, if it is to proceed.”

Mr Nav Rana, who works as an engineer at Heathrow and is a local Labour Party member said:

“Young people like me need these jobs. Hillingdon’s councillors, both Labour and Conservative, should be fighting for these jobs and getting engaged in the consultation process. The views of local people can't be ignored anymore. This show of support demonstrates that we are real people who have a right to be heard by local politicians.”