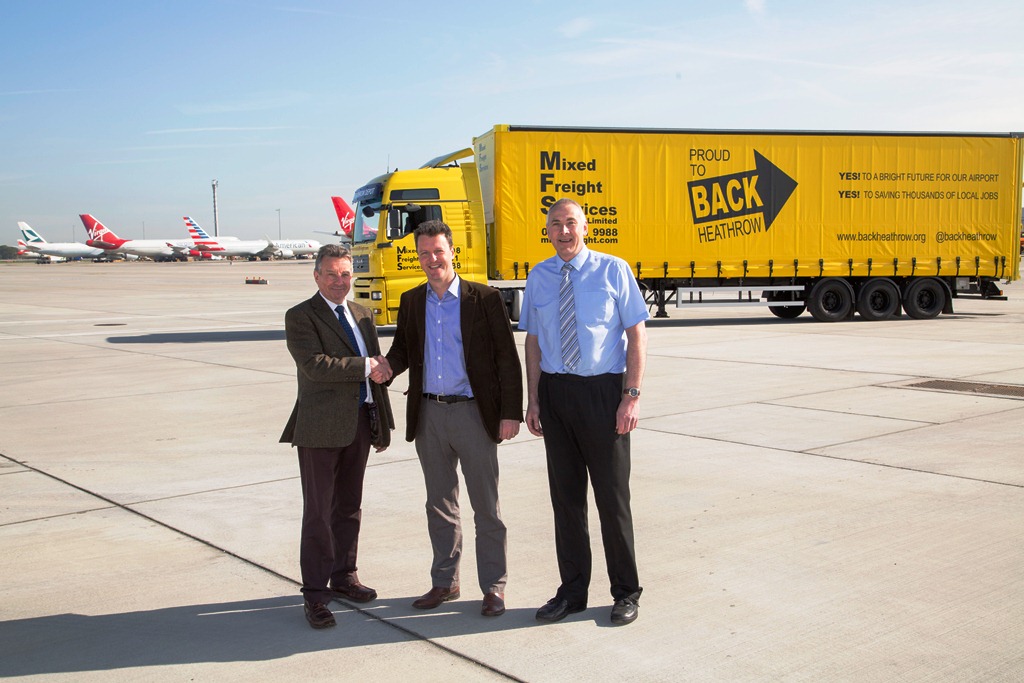 Did you know there are more US astronauts than BA Concorde pilots? Well, you do now. When the longest-serving Concorde pilot dropped in to Back Heathrow on Monday evening, we thought we’d give him a warm welcome. So we invited around 100 of our friends.

In his time, Captain Jock Lowe has been responsible for the day to day operation of the entire British Airways fleet of 300 aircraft worldwide and served as Chief Pilot of British Airways. He has also been President of the Royal Aeronautical Society. But his latest project is rather different.

Jock is the front man for Heathrow Hub which is an independent proposal to extend Heathrow’s existing runways. Some expressed surprise when this option was shortlisted by the Airports Commission as a potential solution to the UK’s airport capacity problem - but not those of us in the Back Heathrow cockpit. A man used to piloting the world’s most famous supersonic aircraft at cruising speeds of 1350mph can handle the odd technical question or two about runways.

Local residents gathered at the Marriott Hotel on the Bath Road, a short hop to the UK’s hub airport, to hear Jock run through his plans allowing Heathrow to grow. They also had the chance to question Andrew Macmillan, Heathrow’s Strategy Director, about the airport’s own expansion plans, which are also on the Airports Commission shortlist. It’s fantastic for our campaign that two options for growth at Heathrow are still in contention. We don’t mind which one emerges as the winner – so long as one does!

But whilst our 100+ supporters were delighted to see Jock, they were less happy to hear about the Mayor of London’s plans to build a Thames Estuary Airport and close Heathrow. They had come to offer their backing for our campaign which has now attracted tens of thousands of supporters. As these determined residents-turned-activists hoovered up the campaign posters, balloons, car stickers and petitions, I thought that if I was Boris, I seriously wouldn’t want to mess with them.

Yet it’s not just about preposterous plans to close Heathrow and build Boris Island, or Fantasy Island as Jock refers to it. The vast majority of local residents are genuinely proud of Heathrow and recognise the benefits this national asset brings to local communities. They want a successful UK hub airport in west London and many are prepared to campaign hard to get it.

There will be turbulence ahead but there are signs that the powers-that-be are starting to listen. Before Christmas, one prominent local politician said that she never heard from pro-Heathrow constituents. She doesn’t say that any more. Perhaps, too, she has seen the polling which shows that the majority of residents will vote for local politicians who back Heathrow expansion.

Supporters of Back Heathrow won’t win everyone round but they are beginning to unveil the true picture of resident opinion in the boroughs surrounding the airport. And it’s looking good.

We want, the Mayor said, Heathrow to close and to build a Garden City for 100,000 people, to create 66,000 jobs and provide a wide range of education and health facilities. Boris was joined by Ray Puddifoot who seems endlessly delighted at the thought of Heathrow closure. Councillor Puddifoot is Leader of Hillingdon Council and so in effect Heathrow landlord. Looking admiringly at Boris, Ray said that “the only senior politician of any party with the clarity of vision to deal with this issue is Boris Johnson”.

However the “clarity of vision” was sorely exposed in Boris’s report. Referring to the proposed Garden City it stated: "Location: lack of close proximity to an airport may have an adverse impact on certain sectors. Good connection to a new airport would be required."

So the only thing the new Garden City doesn’t have is an airport. Well, an airport and jobs.

Local MP John McDonnell says “as many as 200,000 local jobs would be at stake and for the leader of the local council to put at risk so many local jobs is a dereliction of his duty to represent our local community. If he gets his way, our local economy will collapse”.

London Assembly member for Ealing & Hillingdon and local GP Onkar Sahota, challenged the cost of the Mayor’s “unworkable, unrealistic and unaffordable plan to taxpayers” which I’m told cost in excess of £3m (and counting) to produce.

Onkar said that the Mayor “must be the only person left in London who thinks this is a good idea”. Onkar clearly had forgotten that Councillor Puddifoot thought it a good idea as well.

However a day later and the reality of the situation kicks in. European boss of US-based Delta Air Lines calls for the expansion of Heathrow over Gatwick airport, saying: “business travellers prefer it”. Delta’s Perry Cantarutti, who is running the airline’s new transatlantic tie-up with Virgin Atlantic, warned: “Cities that offer two hub airports tend to be a limiter for airlines and for passengers. It’s not a viable alternative.”

Sadly, The Boris and Ray Show was not an April Fool’s joke – they really are happy for Heathrow to close. It’s just one reason why Back Heathrow has already attracted the support of more than 20,000 local residents who want to defend jobs and secure a bright future for the UK’s hub airport. It’s just the beginning for our campaign and you are welcome aboard.